Though now under Garlean rule, the city-state of Ala Mhigo once boasted the greatest military might of all Eorzea. Among its standing armies were the monks—ascetic warriors as dreaded by foes on the field of battle as the city-state's great pikemen.
The monks comprised an order known as the Fist of Rhalgr, and it was to this god—the Destroyer—that they devoted their lives of worship. By mastering seats of power within the body known as chakra, they are capable of performing extraordinary physical feats. 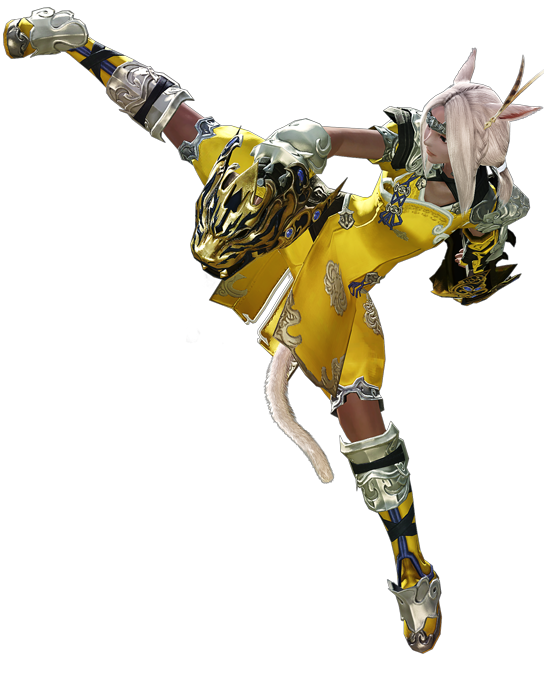