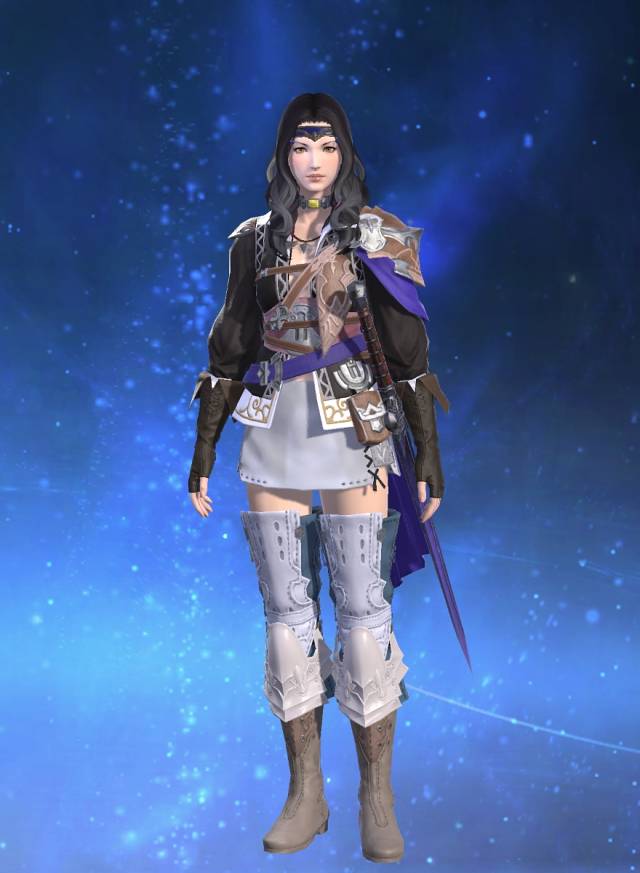 As a half Garlean Midlander child I was raised within the ranks of legionary. Not from conquered stock and not a pureblood Garlean I was always held under suspicion by all while high expectations were piled upon my shoulders. Once I perceived a chance to leave these dire circumstances where I would surely die attempting to validate my existence, I seized it immediately.

I sucessfully escaped my home nation of Garlemald to the shores of Eorzea at the end of the Sixth Astral Era. Hoping for a new beginning I attached my identity to the anonymity of the Adventurer's Guild.

As a skilled swordswoman I found easy work as an adventrurer braving the streets of Ul'dah. I mostly kept to myself during these early days and took great joy in being useful to any and all. It was not long before I crossed paths with a roguish man by the name of Thancred who ended up carrying my unconscious body to an organization known as the Path of the Twelve.

It was there that a woman named Minfilia explained that my recent episodes of fainting and seeing stark visions was a sort of magical gift bestowed by Hydaelyn. Even with my background a mystery and my reserved nature always in check she offered me a place among them.

I endeavored to walk the path with my new friends and protect them at all costs against the marching menace of Garlemald. Despite my best efforts and those of my fellow adventurers Dalamud nevertheless descended ensuing the latest Calamity to strike Eorzea.

During the unleashing of Bahamut from Dalamud I stood at the Ul'dahn gates defending the city against an onslaught of voidsent. Then suddenly there was nothing. I experienced a prodound sadness and extended emptiness. Until I felt an ease of being, a calmness soon followed by a light beckoning me forward. I awoke anew to find years had flew me by. The world had changed and no one remembered who I was.

A chance for another beginning was given to me and I will surely not disappoint this time.

Who Do You UvvU (Adamantoise) has been formed.

Ashria Hisui (Marilith) commented on the Gaia's Attire entry of the Eorzea Database.

Adventurers Guild (Faerie) has been formed.

The Bakery (Seraph) has been formed.

Syrax (Sargatanas) has been formed.