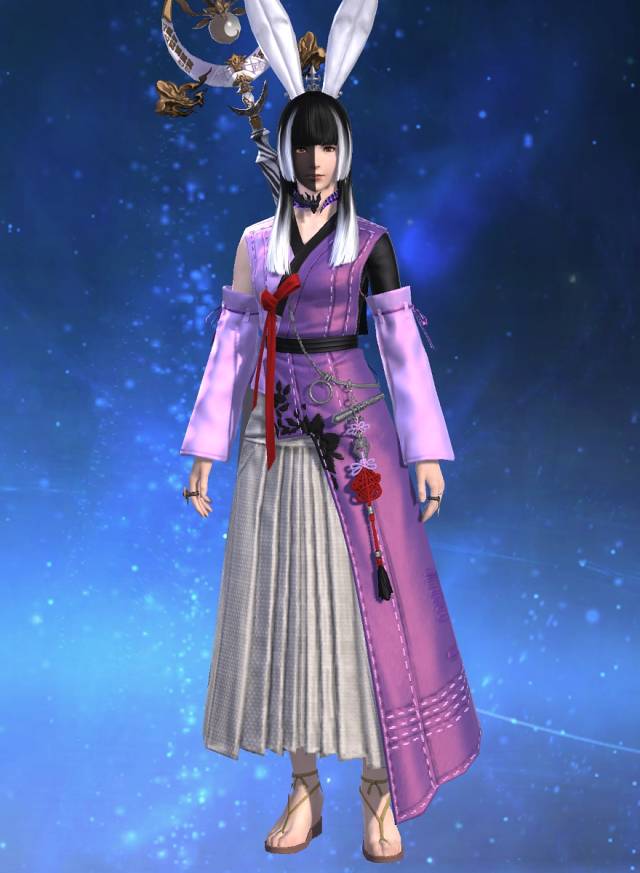 Soul of the Ninja

Item Level 30
ROG NIN
Lv. 30
Upon the surface of this multi-aspected crystal are carved the myriad deeds of ninjas from eras past.

ECU10265VC I was born during the Doman Rebellion to overthrow the Empire. My parents were shinobi in the Liberation Front. When Garlean troops came to Namai, they dragged my parents out and slew them before my eyes. Any next of kin were to be slain, and so the villagers brought me before the soldiers for fear Namai would be razed. 'Twas a Lupin, a wolfman who refused to let me be executed. He fought them off, despite the grave injuries they afflicted. The commander fled. That night, the lupin's family gave my parents' a proper burial. I clung to the wolf mother, sobbing until the sun rose. They took me in as their own pup. I was renamed Shukumei, for I had no control over my own destiny. For years, we fled from the Garleans, across all of Othard. We eventually settled in Kugane. Our textile business was not successful, as none wanted to buy clothes from "dogs". But we got by, with me, a hyur as their representative. We thought it'd stay a simple time for us. But tragedy returned. I was buying silk when smoke rose from the west. Citizens were in a panic. I ran towards it, knowing that was near our shop. By the time I'd arrived, the shop was already in flames, my pack members strewn across the ground. Only my adopted mother remained, a gunblade to her neck. The commander who had my parents' executed stood over her. "Run Shukumei! Find your destiny!" That was the last words my mother uttered before he slew her. So I ran. I hid and slept upon a docked ship. By the time I awoke, it had already set sail, bound for Eorzea. The captain was generous enough to allow me passage. A storm led us north, and we were forced to anchor in Coerthas. From there on, I struck out on my own, surviving on skills my lupin family taught me. In the first week, within a blizzard, I heard shouts in the distance. And howls. A familiar sound. Armor clad men hunted a massive beast, its coat a shimmering blue. Their spears pierced its hide, until it fell to the snow. They didn't bother taking the carcass. Instead, they went behind it, throwing things into sacks. Its pups... "How much do they pay us for each?" They cackled. "1mil a pup I reckon." I hid until they left, and approached the massive beast. It was so different and yet so familiar to me. A wolf of the north... As I went to leave, I heard a cry... Buried in the snow was a runt the hunters failed to see. It nudged its dead mother, hopelessly crying out. I scooped him up, hugging him tightly, as he whined into my chest, just as I had once done with my lupin mother when my parents were killed all that time ago. He could not survive on his own. And so, I took him with me. I later found those hunters sell endangered hoarhounds to the Wolves' Den, an arena to train gladiators. When they get too big, they're sold to the Gold Saucer as an attraction. Now, I fight to liberate Doma and get the Lupin back from the Empire's clutches. And...I fight to protect the wolves of Coerthas. Perhaps, my war will never end.So be it.

Poggers (Brynhildr) has been formed.

Gemini Viperis (Moogle) has been formed.

Kazoku (Goblin) has been formed.

Ethereal (Spriggan) has been formed.

The Flame (Omega) has been formed.