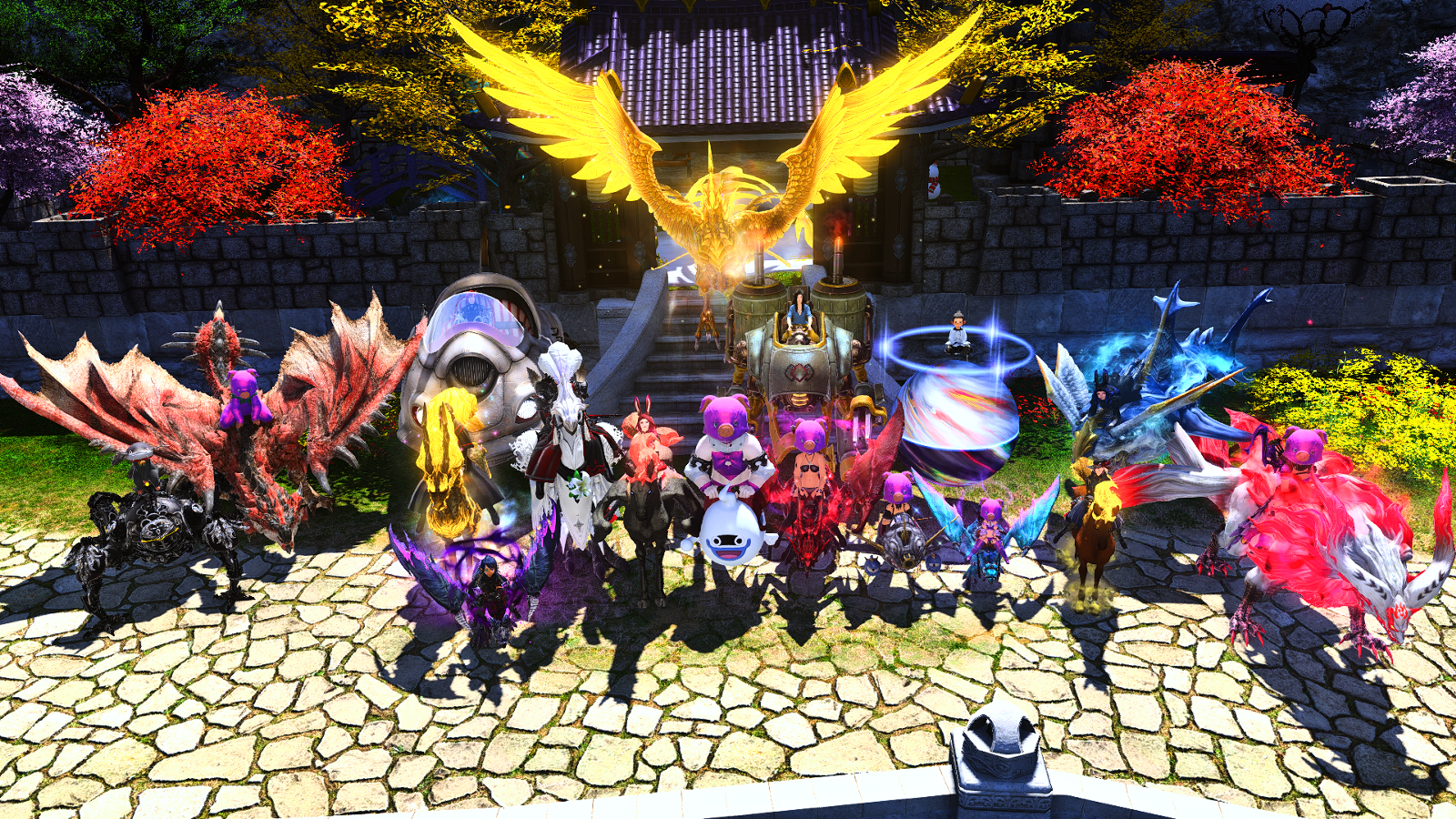 Pirates of Eorzea {PoE} is a relatively small, casual, event-focused FC. Our primary events focus on teaching and farming all of the Extreme Primals to collect all of the glowy mounts. In the current ShB trials we've collected about 75 Gwibbers, with almost 20 completed Kyubi and over 2 dozen Firebirds from past expansions. We also teach some of the Savage raids at various points in each expansion to give new players/members a taste of endgame and to farm more cool mounts and glams.

To emphasize our casual and work-life friendly nature, we are an older group of players, many have children and family obligations and can't be on constantly to socialize in-game, but can hop on to run stuff for an hour every night and love doing just that. So we may not have 30+ people on at all times, but we do have several scheduled events each week and we always have people on to run something with. We may not be totally-new-player friendly since almost everything we do is at max level, but we're very new-to-endgame friendly. We are patient and teach all of the fun endgame fights to those who show up, have people that can help with any job to improve play, and hopefully get some cool glowy mounts along the way.

We have an FC discord to communicate in and out of game and across other games. So if you like what you see, want to apply or ask questions, feel free to message me in-game or on discord (Morrie.Kaiten#9675) or just send in an application.

For more previews of what we get up to you can check out our blog!