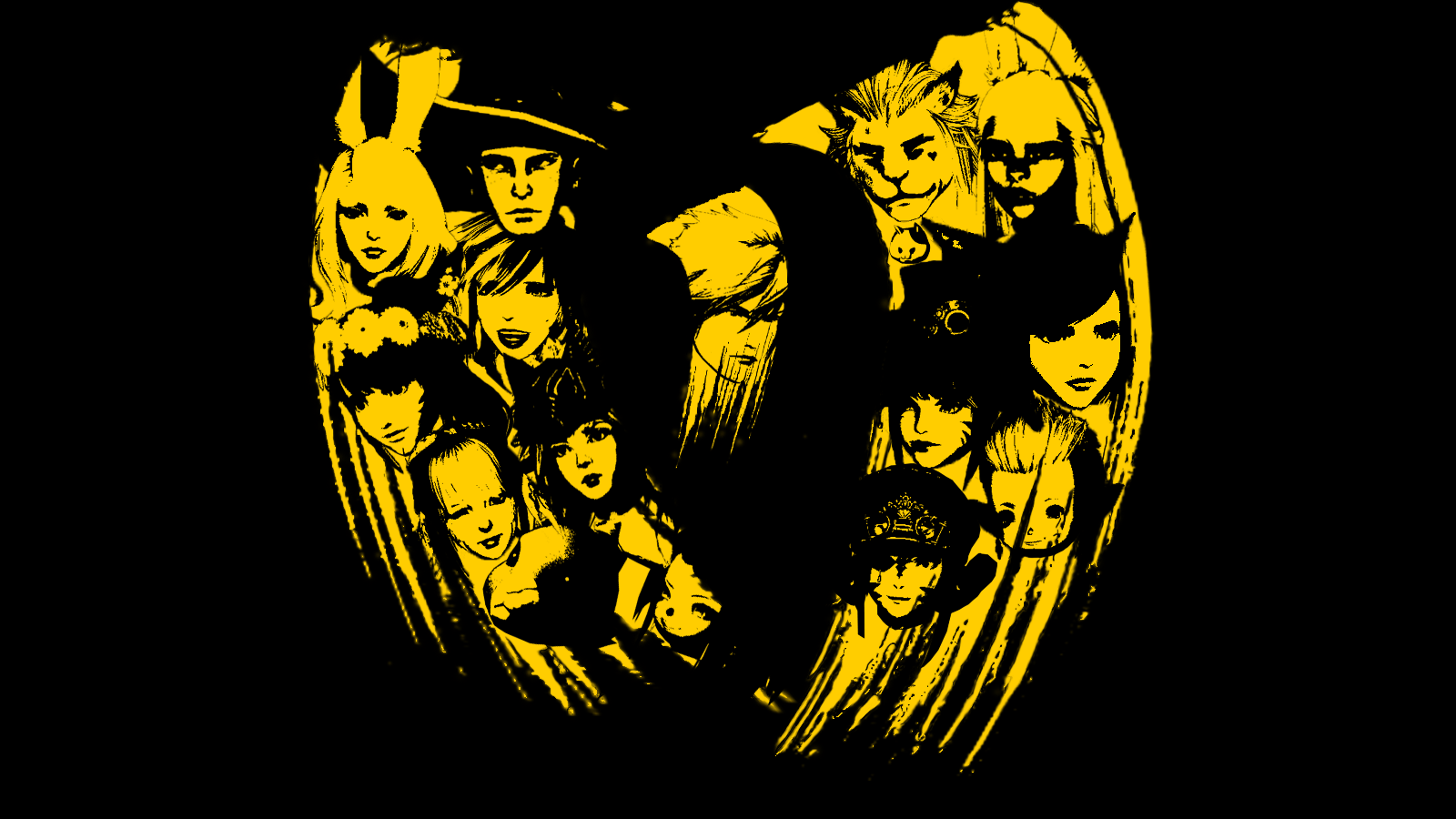 From the slums of Shaolin
Wu-Tai Clan strikes again!


Wu-Tai Clan is a gaming community spanning across several games and has made its way to FFXIV. Meaning that contrary to popular belief, we are not named after the Wutai nation from FFVII. Its just a funny coincidence. Our name actually comes from the real life sacred Buddhist site Mount Wutai (五台山 Wǔtáishān) in China.

The name structure and theme of our community is based off of the hip-hop group the Wu-Tang Clan. Which lends us many phrases to use and write everywhere based off their lyrics and slang. I did this since they are not only my personal favorite band of all time but because I believe a uniform identity and homogeneous culture go a long way in keeping a group together. Not to say you need to know anything about them or even music in general. It's just something that makes us unique and stand-out from other Free Companies and might give you a stronger sense of identity and pride. And we're proof of that, as I'll now get to what we do in this game.

We're an active FC that does weekly content ranging from Treasure Maps, Mount Farming, Raids, Eureka, Bozja, Trolling, etc. We have it all and do it all!

Was your previous FC too prudish? Easily offended? Didn't like criticism towards the game? Had a clique you couldn't get into? Had constant drama?
None of these are issues with us! I nip drama in the bud before it starts or escalates and we're very open and welcoming to new members. You will also not be walking on eggshells when chatting with us since we enjoy dark and "edgy" humor but will not tolerate any actual discrimination such as racism, sexism or homophobia. That being said, we still have a few more rules, some of which are: you still have to respect everyone at the end of the day, no inciting heated political/religious arguments and report any issues with my members to me or my officers.

You'll receive a full list of rules and other games we play when you join our Discord server, which is on our company board.

If you think you're ready to enter the 36 chambers then send an application or if you have any other questions just reach out to me in-game or on my Discord: Jezza The Genius#0360


Parting words of wisdom:
Gil Rules Everything Around Me

We'll accommodate your playstyle no matter what it may be. Join the Wu-Tai Clan on our quest for world domination!

Seems, like you guys got a pretty dope community. I would like to join if you'll have me. Just a little background on me despite having played for a couple of years I am still a bit of novice, but very willing to learn.

-
This reply has been deleted.

It's true, Link helped me realize my dream of becoming a pure melee Red Mage through WuTai! And I'm VERlovin' it! ♥

*This is a recommendation made by a REAL player and does not use paid actors.

Before joining this FC, I was a functioning, contributing member of the FFXIV community. I was running end-game content, running through dailies, and staying on the straight and narrow. Then the FC "recruited" me. Now, I am wearing fewer clothes, petting Lalas more frequently, drinking milk (despite being lactose intolerant), and I gained .57 pounds!

The best neighbors one could ask for aside Pink (♥).

I never go on my character thats actually in the FC, and you can get free cookies :)

Hey, love the logo and the community sounds cool. Haven't seen your members in game yet, but is there usually a good many people online at once, and do you guys do voice chat and discord stuff a lot?

Hey there, Saw a shout in game and was interested in joining. I don't see an apply button so I just assume this was how you applied. I have been playing for a few years now and really would like some people to play with. I enjoy the game and play a lot but it's real lonely trying to do anything with a PF group who will leave at the drop of a hat. Moved to this server to play with some local people but none of them play anymore so. No idea what else to put here... and I think I said to much. lol

Hello! I am doing research into finding a new FC for me and my bestie. We are still learning! We love stress free and fun group runs. We love sexy glamour. And we just want a very socially active FC that is not clicky or too caught up in their hi-end content to be bothered. My friend plays from about 12noon til 12am pst. Depending on the day I usually play from 6/7pm til about 2am pst. Do u guys have more than 1 or 2 people active at all times? Thanks in advance!

Hello been seeing Wu-Tai on my travels and would love to join. Pretty new to the game, but have been playing a lot lately. I'll try to stop your house and apply.

I haven't played since ARR launched, and I'm starting all over on a new account. Looking for a laid back group to hang out with and get back into the game! (and a recruitment code to associate my new subscription to). Thanks!