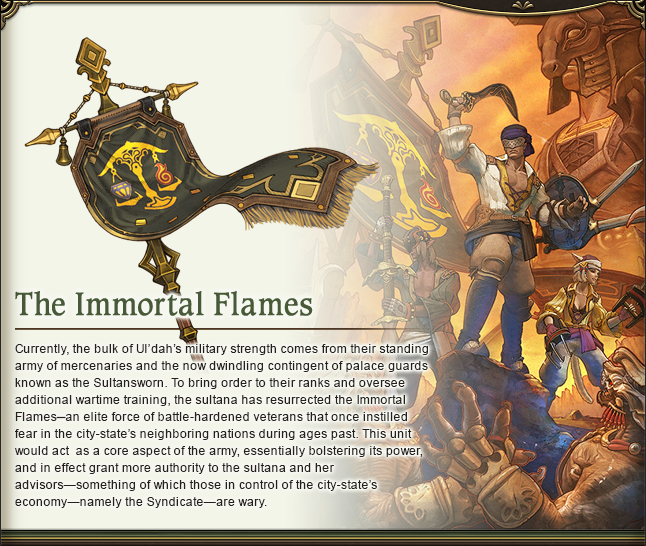 Using winnings amassed during his reign as gladiator champion, Raubahn Aldynn, the "Bull of Ala Mhigo," purchased the Coliseum in Ul'dah, and by doing so earned himself a place amongst the infamous Syndicate. However, unlike other Syndicate members who, blinded by their wealth, fancy themselves the true leaders of the city-state, Raubahn has remained faithful to the sultanate's nobility, openly pledging his allegiance to the sultana. This is why, after a long hiatus, the ever-popular warrior returned to aid the young ruler in readying the city-state for the end of the Sixth Astral Era, and the dark days that would follow.

Aware that he would more than likely receive little cooperation from his fellow Syndicate members—as ever too occupied with their infighting to see that which truly threatens Ul'dah—Raubahn sought the revival of the Immortal Flames, which under his lead would help protect the sultana and her nation, while sating his thirst for revenge on the Garlean Empire.

Motto: The line between victory and defeat is drawn by the swift and trod by the dead.
Weapons: Tizona─a cursed blade taken from the hands of a former rival after defeating him on the bloodsands. 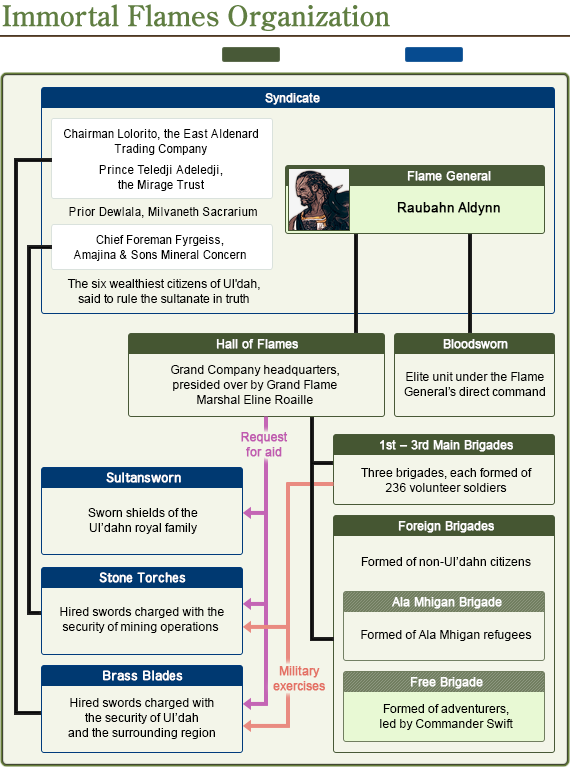 Playtaysan (Typhon) has been formed.

Absolute Zero (Zurvan) has been formed.

Pink4 (Zeromus) has been formed.