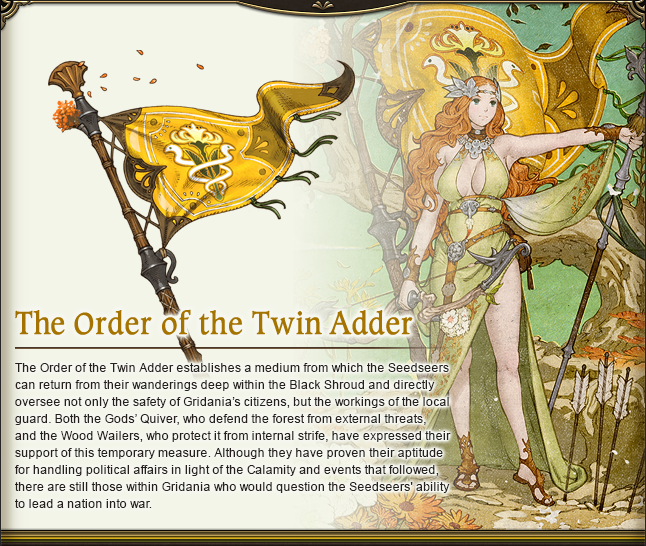 Eldest of three siblings of Padjali ancestry, Kan-E serves as head of the Seedseer Council─the central governing body presiding over affairs within the city-state of Gridania. As is common amongst those born of the prestigious Senna line, Kan-E was blessed by the Twelve with the gift of prophecy, her visions hauntingly clear and detailed. Before reaching her sixth nameday, she had already predicted a devastating fire and a locust infestation, earning her remarkably early admission to Stillglade Fane. After becoming a Sister of the Twelveswood, it was not long before she had risen to Elder Seedseer and left Gridania to live in the forest with her siblings, where she served the city-state by communing with the elementals, maintaining the delicate balance betwixt man and nature.

As the number of rumors regarding unnatural phenomena began to swell, however, Kan-E was left with no choice but to return to the city-state and assess her options. So it was that she decreed the reinstatement of the Order of the Twin Adder. A woman who has earned the respect of her people by always letting her actions speak as loud as her words, her affable demeanor belies the brave heart which beats beneath her tiny breast.

Motto: No road is closed to those true of heart.
Weapon: Claustrum─a legendary staff carved from the branch of a tree said to have survived the sixth Umbral Era. 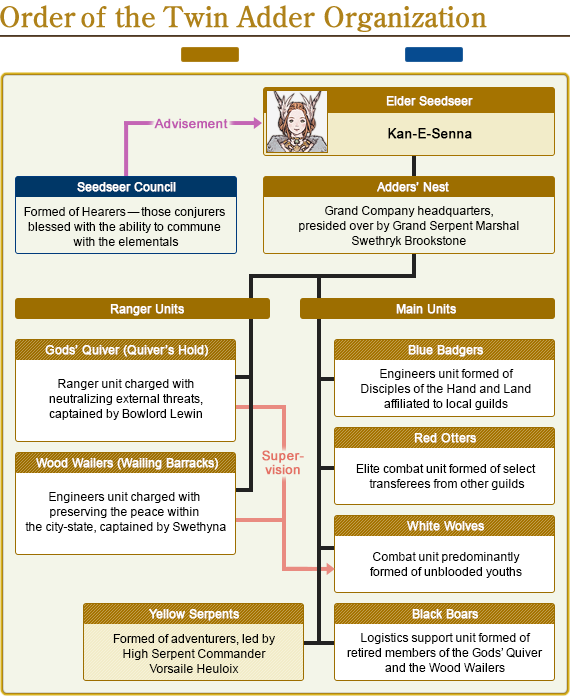 Lapine Foundation (Halicarnassus) has been formed.

Len Nirkiah (Carbuncle) posted an image to the Hypostatic Tunic of Aiming entry of the Eorzea Database.

Tulip (Anima) has been formed.