Hello everyone, this is Voltenyne!

The long-anticipated Eorzean Symphony: FINAL FANTASY XIV Orchestral Album Vol.2 is now available! Have you ordered your copy yet? 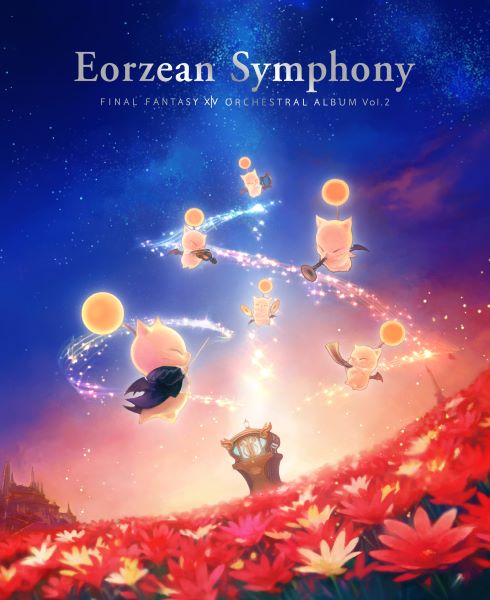 The album features:
・ 8 tracks presented in full-orchestra arrangement, available in both 2.0ch and 5.0ch (Near ver. / Far ver.) audio. For reference, near: as heard from the conductor's position and far: as heard from the seats at the rear of the concert hall.
・ Video footage of all 19 songs from the September 23rd FINAL FANTASY XIV Orchestra Concert 2019 -Eorzean Symphony- performance (Encore included!)

This album contains arranged versions of in-game tracks from A Realm Reborn, Heavensward, and Stormblood that were performed at the FINAL FANTASY XIV Orchestra Concert 2019 -Eorzean Symphony-!

We're also including the onscreen footage that was playing during the concert. Watch it alongside the amazing performances by conductor Hirofumi Kurita, the Tokyo Philharmonic Orchestra, the Tokyo Nikikai Opera Foundation, and several special guests!

You can also find commentary by Yoshi-P and Soken on the disc!

According to Soken, the 5.0ch Far ver. is "like listening from the heavens." Give it a listen and perhaps you too will ascend!

There's also a booklet containing liner notes, lyrics, and more! There's quite a lot to read in there, so be sure to check it out.

Finally, we have bonus stickers for the first 800 customers! Get them now while they last! 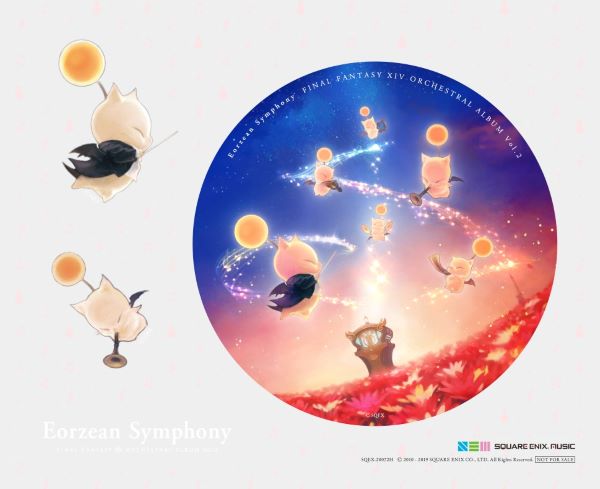 We turned the Eorzean Symphony 2019 key art into these special moogle stickers, which have a certain "plumpness" to them! If you'd like these adhesive moogles to stick with you, be sure to order early! 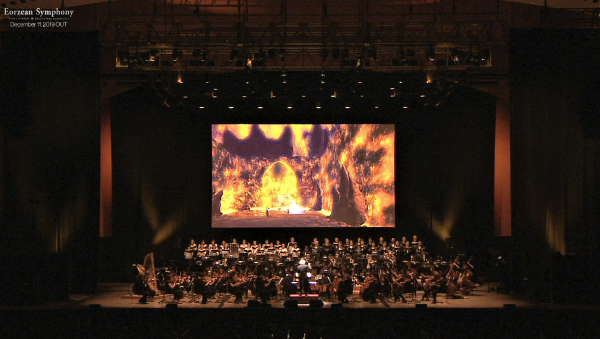 While this isn't part of the album, here's some backstage footage from the orchestra concert. It's not every day we get to see what goes on behind the scenes, so it's worth a look!