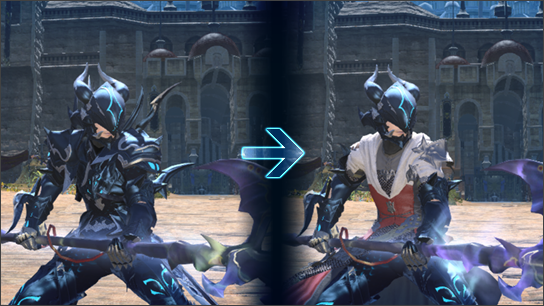 Adventurers of Eorzea now have a way to alter the appearance of their attire independently of its attributes. Magick your gear with glamours to project the likeness of one garment onto another, allowing for heretofore-unseen freedom when choosing your wardrobe. 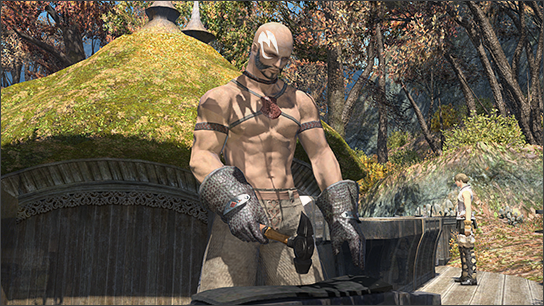 From blacksmithing to carpentry to weaving, all these arts and more were mastered by Gerolt, the renowned artisan whose name once echoed through the halls of every workshop in Eorzea.

None could match his sense for form and function, his creations earning the acclaim of disciples of war and magic across the realm. All who sought the finest tools of their chosen profession had eyes only for those fashioned by his masterful hands.

But alas, the master would lose himself to the thralls of liquor, his legend left to sink to the bottom of his drinking glass. As years passed, his extant creations grew all the more valuable for their rarity, artifacts highly sought by the wealthiest collectors in the realm. And yet in recent days, an ever-increasing number of arms seemingly forged by his hand have surfaced. Could this be a sign of Gerolt's return, or merely the work of a forger who would shamelessly exploit the master's name for his own ill gain?

Rowena, the maven of munitions at Revenant's Toll, espouses that proof of an item's authenticity can be found in Gerolt's signature─the mark of Rhalgr, breaker of worlds─and indeed, the master's fervor for the god of destruction in his early years is widely known. Those who would possess true power would do well to seek those artifacts that bear this mark.