The Garlean Empire controls the majority of the Three Great Continents, the enormous landmass that encompasses Eorzea. Until some fifty years ago, Garlemald was a remote and sparsely populated nation which held little more than a fraction of the northern continent of Ilsabard. But with the arrival of a technological golden age and the concurrent emergence of a brilliant young legatus—now the reigning emperor—in the span of a single generation Garlemald established itself as one of the most formidable forces in all of Hydaelyn.

Garlemald is unsurpassed in the field of magitek, a technology which it exploits with devastating effectiveness in warfare. Unperturbed by their lesser numbers, the Garleans went forth upon gigantic flying warships, bearing powerful weaponry the likes of which the world had never seen. One nation after the next fell before their relentless onslaught, first those of the northlands, followed by the sovereign states of the eastern continent, Othard. Employing suppression and conciliation in equal measure, Garlemald indoctrinated the peoples it conquered, thus integrating them into its ever-expanding territory. So it was that the Garlean Empire came into existence.

In the year 1557 of the Sixth Astral Era, a mere thirty-six years from the Empire's founding, the Garleans brought their campaign of conquest to Eorzea, swiftly bringing the city-state of Ala Mhigo to its knees. Yet following the subjugation of Ala Mhigo, the Empire suddenly ceased its aggressive expansion.

For more than a decade, the continent of Aldenard knew relative peace. In the year 1572, however, the Garlean army once again began its inexorable advance. Using the calamitous arrival of the Seventh Umbral Era to sinister advantage, the Empire prepares to gather the lands of Eorzea into its steely embrace... 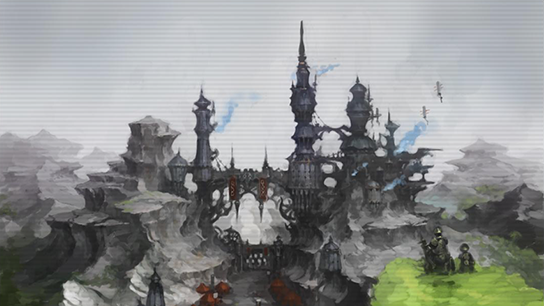