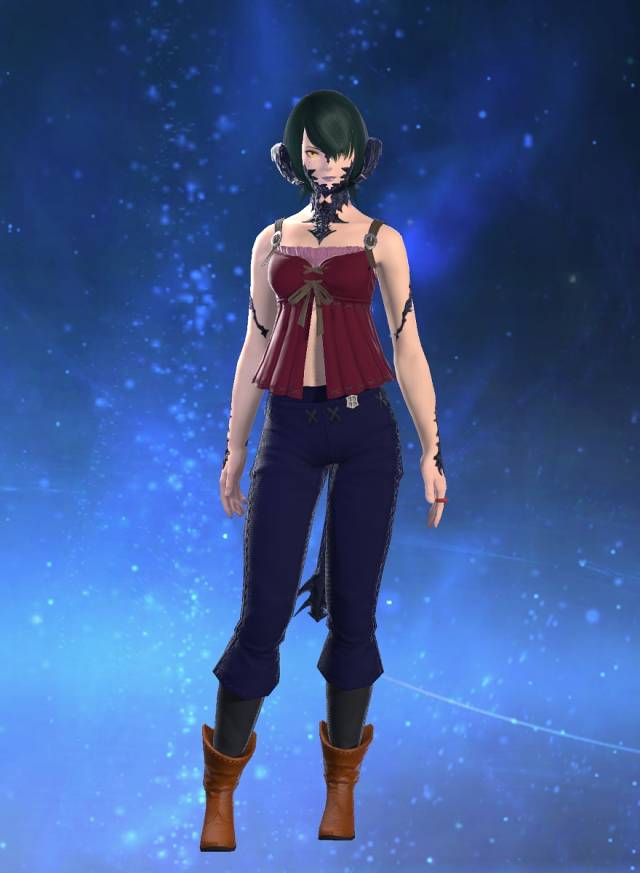 Soul of the Ninja

Item Level 30
ROG NIN
Lv. 30
Upon the surface of this multi-aspected crystal are carved the myriad deeds of ninjas from eras past.

While bearing chiefly the genetic hallmarks of the Xaela tribe, among Auri children, Shion was always considered an oddity. Born of a fleeting union between traditional Raen father and a free-spirited female adventurer of the Xaela tribes, Shion grew up quite alone, raised by an aloof father who could never quite look past her likeness to her absentee mother, and where the other children were concerned, on the fringes; her black scales and eerie yellow eyes set her apart from the rest, and their parents had warned them away from her because of this. Later she learned they feared she would be a negative influence; an ironic worry, as it turned several of the children into bullies, a problem those selfsame parents grappled with for years afterward.

Nevertheless, it is difficult to feel as if a place is home to you when one feels entirely alone there. As soon as she came of age, Shion Shirogane bid a solemn farewell to her father, who gave her his leave and wished her the best, but put up no resistance to her departure. To the other townsfolk she had no particular parting words, not event to the children who had cast her aside for so long.

No, she simply gathered her things and what money she had, and set out. After a time she worked up enough money working a port-town pub (where she was valued as an exotic waitress for the buccaneers to lust after from a distance, and where her scales and horns kept them at quite a distance indeed) to purchase passage overseas, her eventual goal the reformed pirate city of Limsa Lominsa. There she hoped to make her life as an adventurer, with naught but the clothes on her back and a worn axe she had taken from a drunken brawler before the guards had hauled him off.

But whether it was fortune, glory, or the self-satisfaction of strength and skill that she sought, even Shion herself could not say. More than anything, she hoped to simply find a sense of belonging, but from whence, she wondered, could she derive such bliss?

Eventually this wandering Au Ra found her true calling as an adventurer of Limsa Lominsa and, eventually, with the Scions of the Seventh Dawn. Her current concern is maintaining Eorzea's tenuous peace, and she spends too much time worrying that the Grand Companies may have been premature in declaring an end to the Seventh Umbral Era...

Angel cradle (Chocobo) has been formed.

Dania Cindreh (Zodiark) commented on the Biast Scales entry of the Eorzea Database.