The Veil of Wiyu Replica 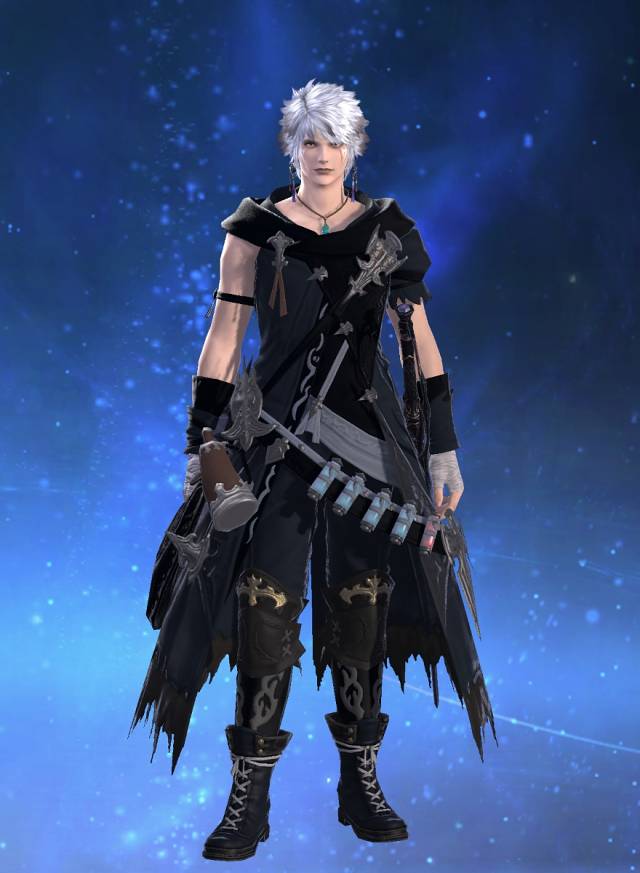 Soul of the Summoner

Item Level 30
ACN SMN SCH
Lv. 30
Upon the surface of this multi-aspected crystal are carved the myriad deeds of summoners from eras past.

Spiswel Gwennardec is an introverted, eerie-looking person, blessed with an immensely kind soul and empathy beyond measure yet cursed with anxiety and constant existential dread. He speaks relatively little but a quiet, hopeful smile is not an uncommon sight on his face.
Although mortal still and theoretically killable, he is physically unable to age anymore, his bodily aether having been vitrified in time around the age of 27, leading him to using extensive glamour magic to hide more gruesome, extremely visible scars on his body and face before working out more permanent means of erasing them and leaving only the faded traces of a few wounds without and within, too deep to move on from completely yet.

Extremely proficient in all arts of magic but fragile in build, he lacks greatly in sheer physical aspects, making him a terrible martialist but a dread magician. He most often uses restorative, channelling and enfeebling magics, often aiming to subdue rather than outright kill. Those who have witnessed him in battle as their ally are often stricken by the cognitive gap between how intimidating Spiswel looks and acts and how terrifying his battle magic prowess can actually be.
A Garlean conscript taken prisoner was quoted describing this cognitive rift as a "glowering white spark lighting up the dull glass eyes of a doll, friendly in the frame of a man yet turned crushing as the weight of divinity" and an Eorzean Alliance soldier cited "the intense and permeating presence of a force of nature, operating both with a stillness and a frenzy unknown to man, stirring up minds and quelling hearts at the same beat".

Despite the fame from his status as the Warrior of Light of the contemporary era, he still values his anonymity for as long as it may hold. He is most commonly seen wearing dark, practical travelling outfits, sometimes with a beaked hood or dark armour obscuring his build.

The resulting air of mystery often surrounding Spiswel, his interests or his secrets has sparked many a far-fetched rumour among the people of Eorzea. Surprisingly, there are relatively few people alive able to describe the man's precise features beyond a general "white hair that may have been dyed once, silver glassy eyes, short, frail, very pale and kind of sickly-looking".

Liara's Place (Zodiark) has been formed.

Potato Corporation (Louisoix) has been formed.

Refreshed (Famfrit) has been formed.