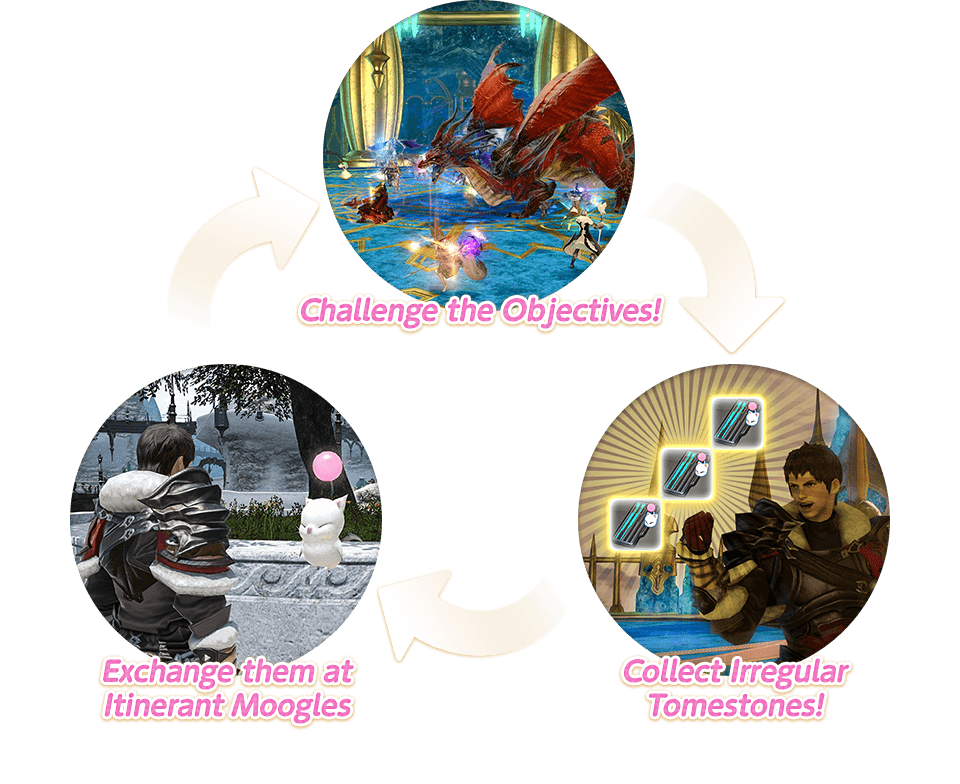 * Please note that the event may be suspended without warning.
* The event will conclude when the maintenance for Patch 5.1 begins.

In recent years, demand from collectors and historians has led to a surge of adventurers seeking tomestones, those mysterious relics of the Allagan Empire made to record and keep its secrets. Some small number of the artifacts, unique for the peculiar sort of knowledge contained within, have piqued the interest of the eccentric─in particular, itinerant moogles, who come bearing rare goods of their own to exchange for these "irregular" tomestones. 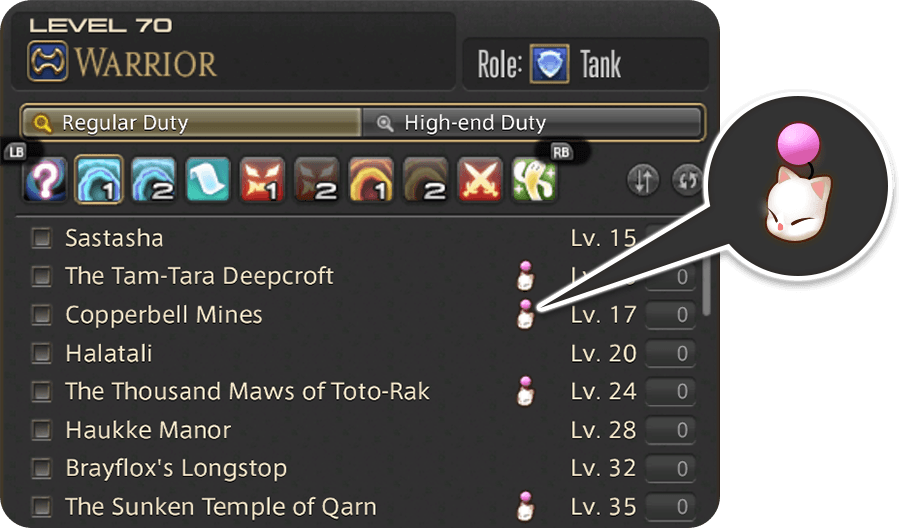 Duties associated with this event will feature a moogle icon in the Duty Finder.
Irregular tomestones of mythology will be awarded upon completion of these duties.

Irregular tomestones of mythology will not be awarded under the following conditions:
・Using the Unrestricted Party Option
・Joining a Party in Progress

The Fields of Glory (Shatter)

The Labyrinth of the Ancients

The World of Darkness

The Thousand Maws of Toto-Rak

The Sunken Temple of Qarn

Exchange irregular tomestones of mythology with an itinerant moogle for various items.

Irregular tomestones of mythology can only be obtained during the event period.
Item exchanges will be available until the release of Patch 5.2. 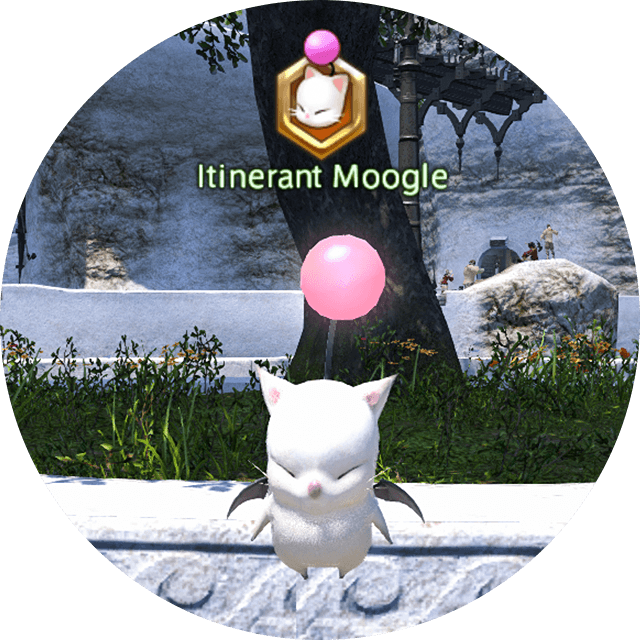