As we enter a new era of PvP, we'll be hosting our very first official Crystalline Conflict 5v5 online tournament so everyone can prove their mettle! If you're on Chaos or Light, form a PvP team with your friends and register for the tournament for a chance to win amazing prizes!

Brian Ricardo and Lythi will be our commentators for this tournament! All games will be broadcast live on the official FFXIV Twitch channel.
* Co-streaming is allowed.

* Times may vary depending on the number of teams.

Semifinalist teams will receive the above, along with one (1) in-game item of their choice from the following items:

The winning team will receive the above, along with one (1) Great Paraserpent in-game item. 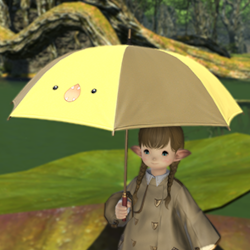 Get ready to put your reflexes to the test, and we look forward to welcoming you to the Crystalline Conflict Community Cup!

IMPORTANT! Please read the full rules before entering the "Crystalline Conflict Community Cup" (the "Promotion"). By entering the Promotion, you agree to be bound and abide by these Official Rules and the Additional Rules applicable to your place of legal residence, and you represent that you satisfy all eligibility requirements to enter the Promotion.

Stardust Breakers (Adamantoise) has been formed.

Rock&Roe! (Mateus) has been formed.