The seventeenth episode of DUTY COMMENCED is set for Friday, October 20th! The North American Community team will be streaming from Mateus on the Aether Data Center as they discuss Patch 4.1 and challenge the Royal City of Rabanastre alliance raid live!

Tune in this Friday for the latest episode of DUTY COMMENCED, a live show featuring the FINAL FANTASY XIV North American Community Team!

This episode of DUTY COMMENCED will be an exciting one! Bayohne, Sicycre, and Luxpheras will be taking on the new 24-man alliance raid: Return to Ivalice – The Royal City of Rabanastre. And they’ll be making use of the new Party Finder system to queue as a custom alliance with viewers on Aether.

Be sure to tune in if you’re interested in queuing up with the Community Team to take on this new raid. (Please carry us!)

The FINAL FANTASY XIV community is full of talented content creators and artists of every medium, and we're constantly impressed and inspired by the works we see shared across social media. Are you one of these talented creators? Would you like to see your work featured on an official FINAL FANTASY XIV channel? Now's your chance!

Introducing "Community Commendations," a brand-new feature coming to the DUTY COMMENCED stream where we feature works created by our talented community.

We’ll be gathering submissions on the official forum and on Twitter, so be sure to read over the full details and submit your entry!

We’re excited to announce that thanks to our friends at DX Racer, we have some awesome prizes this episode. We’re going to be giving away two Stormblood-themed Racing series gaming chairs! Tune into the show for details on the giveaway! 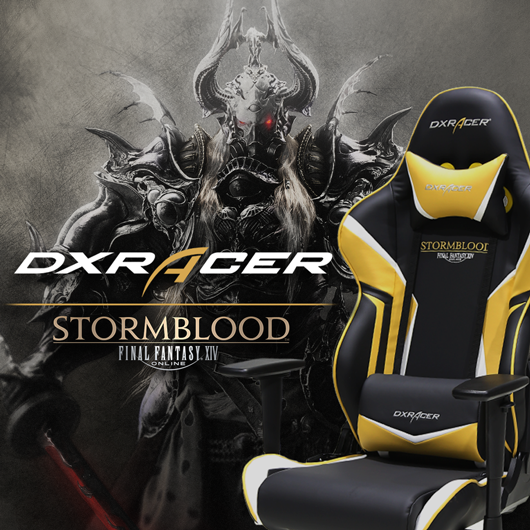 We’ll also be giving away three sets of adorable TAITO figures, that include a Titan, a Garuda, and a Y’shtola figure!

Momiji Inubasiri (Carbuncle) posted an image to the Edenmorn Samurai Blade entry of the Eorzea Database.