In today's patch sneak peek, we’ll be giving you a glimpse at the main scenario, and the latest case of Hildibrand, agent of enquiry, inspector extraordinaire. You can also catch a glimpse of Odin, the Dark Divinity, in battle─who's grown in power since appearing at Fan Festival 2014.
Main Scenario
Before the Fall

With the emergence of a new emperor in Garlemald, the threat of an imperial invasion once again looms over Eorzea.
Meanwhile, revelations of conspiracy have sown strife among Ul'dah's ruling class, and the sultanate's precarious peace now hangs in the balance. A storm of chaos gathers; will the Scions of the Seventh Dawn be able to weather the arduous trials it brings? 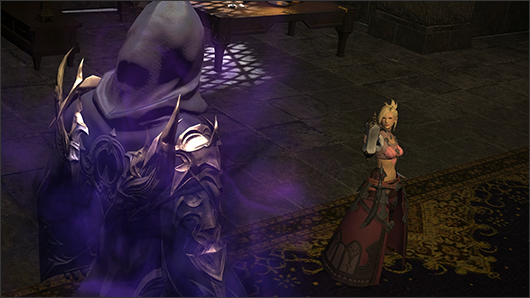 I daresay, that spell of physical exertion at the Coliseum served well to clear my mind. My inquisitive senses feel even more heightened than ever! Most auspicious timing, as it would seem the fiend I pursue has set his sights on his greatest prize yet, an act which I am bound by duty and honor to foil. The exact nature of this final Belah'dian relic eludes me for the moment, but for Hildibrand─agent of enquiry, inspector extraordinaire─inspiration is always but a stone's throw away! 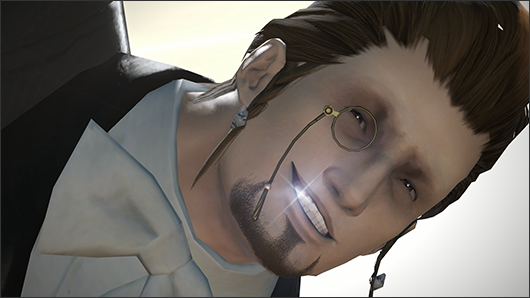 Battle in the Big Keep

How many realms has he traversed, and how many rivals has he felled? Gilgamesh journeys ever onward in his unending quest for the strongest of swords. But the road is long and lonesome, and a painted rooster─loyal and noble as the bird may be─can bring a man only so much comfort in the darkest and most trying of times. So it was that Gilgamesh turned to the heavens, pleading to be reunited with a long-lost companion. Be it by fortune or fate, his prayers were heard, and the stage for the final confrontation is set. To the victor goes the Treaty-Blade! 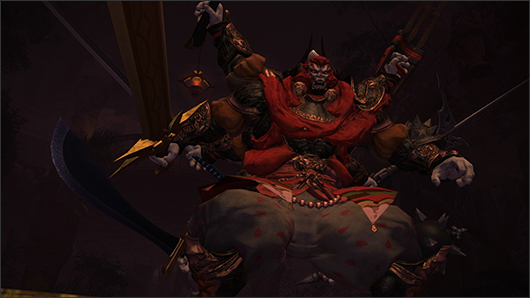 Urth's Fount
In the moons following the Calamity, myriad rumors of ghastly creatures stalking the Twelveswood began spreading across the realm like wildfire. While most of the rumors have since been deemed unfounded, there is one series of events that has remained difficult to cast off as merely the ravings of broken-minded smallfolk: that concerning the supposed Dark Rider of the Shroud. After several deaths attributed to this mysterious figure, Seedseer O-App-Pesi sought communion with the spirits of the Twelveswood, only to learn that the rider was none other than the elder primal Odin. Slain in the Third Astral Era by an Allagan hero, why and how the primal has returned to Eorzea remains a mystery─one now in the capable hands of Eorzea's adventurers. 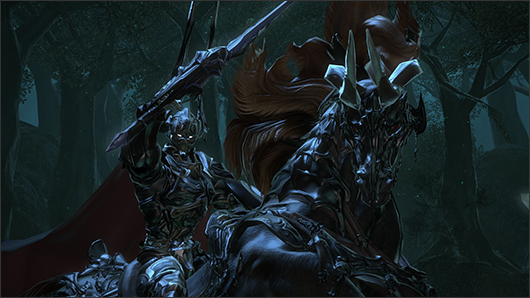