FFXIV is heading to Boston, Massachusetts for PAX East 2020! This year, we’ll be joined by Producer/Director Naoki Yoshida and Lead Character Concept Artist Yusuke Mogi who will be hosting a panel and two signing sessions!

Not only that, we’ll also be holding a PAX East fan gathering at a nearby venue on Friday night! You won’t want to miss the excitement at our booth where seasoned adventurers can battle against the Ruby Weapon, newcomers can challenge Ifrit, and everyone can grab some fun goodies.

The FINAL FANTASY XIV booth will be open throughout the entire show, so be sure to stop by.

Panel: The Artwork of FINAL FANTASY XIV: A Look Behind the Screen

Join us for a behind-the-scenes look at the different techniques used to create a variety of FINAL FANTASY XIV artwork, including jobs, NPCs, monsters, and equipment! We’ll also be sharing some fun stories surrounding our development process! 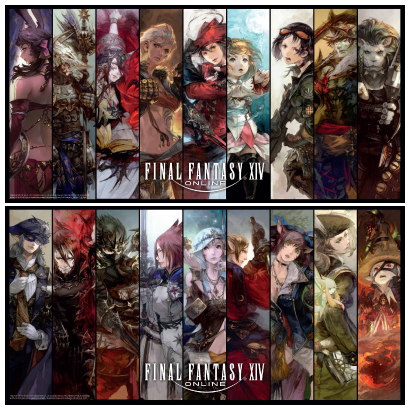 Prior to the panel, questions for Lead Character Concept Artist Yusuke Mogi will be accepted in the designated thread on the official forum.

* Audio will be available in English and Japanese.

We’re going to be hosting a fan gathering on the evening of Friday, February 28 for PAX East attendees! Join the North American Community team for a night of fun, food and drinks, giveaways, and meet with your fellow players to talk all things FFXIV!

Fan gathering details will be announced on the Lodestone soon, so be sure to stay tuned!
* Attendees must be 21 years old or older to attend the fan gathering.

We’ll also be hosting two signing sessions featuring Naoki Yoshida and Yusuke Mogi on Sunday, March 1 at the Boston Convention Center. Tickets for the signing session will be distributed to attendees in line for the battle challenge during the event, and to those attending the panel on Friday.
* Tickets required to attend will be limited and are not guaranteed.
* A PAX East badge (Sunday or four-day pass) is required to attend.

The FINAL FANTASY XIV booth will also feature a photo backdrop where adventurers can stop by and snap a shot to forge some lasting memories!

We’ll also be giving away photo session tickets at the booth on Saturday where lucky fans can strike a pose with Yoshida and Mogi at the photo backdrop!*
* Tickets required to attend will be limited and are not guaranteed.

To ensure our Warriors of Darkness stay warm during their time at the show, we’ll be giving away scarves at the booth throughout the show.
* Available while supplies last.

Also, all PAX East attendees will be able to grab an FFXIV lanyard for their badge!

Attendees will be able to challenge the Ruby Weapon and those who emerge victorious will receive an “I BEAT RUBY WEAPON” T-shirt! (The design is secret for a bit longer!) 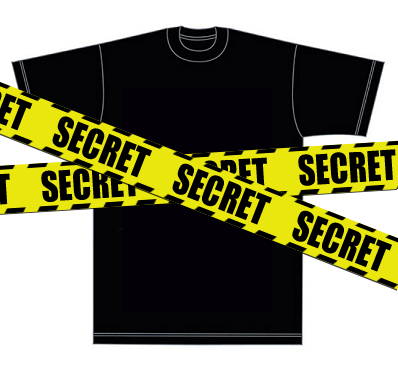 To ensure that a greater number of adventurers have a chance to experience the challenge, attendees will be limited to earning one T-shirt reward during the event. Attendees who defeat the Ruby Weapon are welcome to challenge the battle again alongside their friends, but they will not earn an additional T-shirt.
* Available while supplies last, sizes not guaranteed.

Have you been itching to introduce friends to FFXIV? Then our New Player Experience area is perfect for them! We’ll introduce attendees to a handful of jobs at the event and prepare them for a battle against Ifrit in the Bowl of Embers! Should the attendees defeat the Lord of the Inferno, they’ll earn themselves a FREE copy of the FINAL FANTASY XIV Online Starter Edition for PC!

We’ll be selling several pieces of FFXIV-related goods at the Square Enix Merchandise area, located next to our booth. Attendees will be able to purchase existing products like our adorable plushes and new items such as the Shadowbringers acrylic stands and new job pins slightly ahead of their official release.

Keep in mind that the supply is a bit limited due to the early nature of their release and that they may sell out quickly!

Chiyo Asakura (Gungnir) posted an image to the Neo-Ishgardian Boots of Striking entry of the Eorzea Database.

Chiyo Asakura (Gungnir) posted an image to the Neo-Ishgardian Bottoms of Striking entry of the Eorzea Database.

Chiyo Asakura (Gungnir) posted an image to the Neo-Ishgardian Gloves of Striking entry of the Eorzea Database.

Chiyo Asakura (Gungnir) posted an image to the Neo-Ishgardian Top of Striking entry of the Eorzea Database.

Chiyo Asakura (Gungnir) posted an image to the Neo-Ishgardian Hat of Striking entry of the Eorzea Database.