Patch 3.05 brings a host of additions and refinements to the realm of Eorzea including Alexander: Gordias (Savage), a brutal version of the newest raid dungeon, and Seal Rock (Seize), a new PvP encounter in Frontline!

* Adjustments for disciples of the hand and land, including the introduction of red gatherers' scrips and red crafters' scrips, will be implemented during the maintenance on Thursday, July 23, 2015.
We have identified an issue wherein the following items not scheduled for release in patch 3.05 can be purchased in exchange for Rowena's Tokens:

Please be advised that these items have no effect. Therefore, we ask that you refrain from purchasing them. Players who have mistakenly purchased one of the above items will be compensated.

Read on for details. 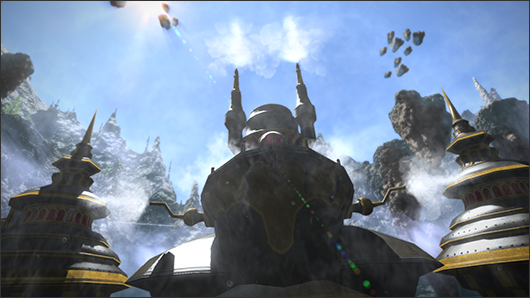 FATEs
[2.0][3.0] FATEs have been adjusted as follows:
The level sync of FATEs in the areas surrounding Ishgard has been increased from three levels higher than the recommended level to four levels higher.


Experience awarded by FATEs in the areas surrounding Ishgard has been increased by 50%.


The difficulty of FATEs based on the previous number of participants has been adjusted. In the event a significant amount of time is required to complete a FATE, or players fail to complete it, the strength of enemies will be reduced when the FATE next appears.
Treasure Hunt
[3.0] Players will now receive Allagan tomestones of esoterics from wyvernskin treasure maps and dragonskin treasure maps.
[3.0] The amount of Thavnairian silk received from dragonskin treasure maps has been adjusted.
Guildleves
[3.0] New crafting materials have been added as rewards for tradecraft temple leves.
Grand and Free Companies
[3.0] Players can now exchange company seals for the following items:
- Maelstrom

- Order of the Twin Adders

[3.0] The number of items requested for alchemist supply missions has been adjusted.
[3.0] New NPCs have been added to certain areas. 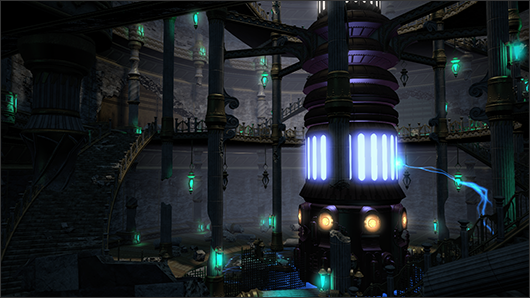 Progress within Alexander: Gordias (Savage) is saved as you advance through each area. Party members who have completed a given area may challenge it again if they meet the entry requirements.
* Progress is reset every Tuesday at 1:00 a.m. (PDT).

However, in the event all party members have completed a given area, they cannot re-enter until progress is reset. Players may only enter if at least one party member has yet to clear the area.


* After forming a group of eight players, speak with Redbrix in the Dravanian Hinterlands (X:23 Y:26) to enter.

* If there are one to four players in your party replaying an area, only a single treasure coffer will appear. If there are five to seven players in your party replaying an area, no treasure coffers will appear. Players in the party who have yet to complete a given area in Alexander: Gordias (Savage) prior to the weekly reset will receive a page of the Gordian Manifesto.

- Item Exchange
By speaking with Sabina in Idyllshire (X:5 Y:5), players can exchange pages of the Gordian Manifesto from Alexander: Gordias (Savage) for corresponding gear.


[2.0][3.0] The number and type of Allagan tomestones received from Duty Roulette has been adjusted as follows:


[2.0][3.0] The name for "Duty Roulette: Low Level" has been changed to "Duty Roulette: Leveling" as it includes level 51-59 content.
[3.0] Level 60 dungeons, trials, and raids unlocked after completing the 3.0 main scenario quests will now yield Allagan tomestones of esoterics.
[3.0] The number of Allagan tomestones of law received for the first time completion bonus upon completing certain duties has been adjusted.
[2.0] The PvP rank requirement for item level 100 and 110 PvP gear has been removed.
[2.0][3.0] Item level 180 PvP gear has been added.
[2.0] The maximum PvP rank has been increased to 50.
[3.0] The PvP encounter Seal Rock (Seize) has been added to Frontline. 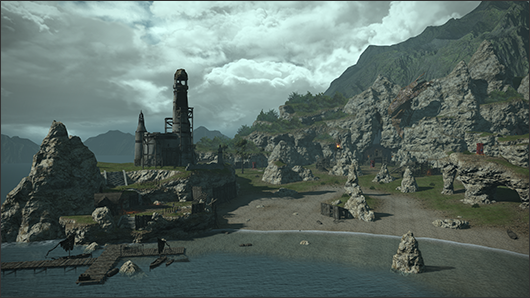 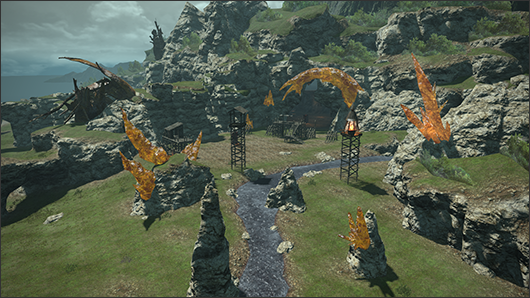 Players who have yet to unlock Frontline can do so by accepting one of the following quests corresponding to their Grand Company:


Order of the Twin Adders

Seal Rock (Seize) will be unlocked automatically upon unlocking Frontline.

The Say, Shout, Yell, Party, and Alliance chat channels can be used during Frontline. However, players can only see messages from comrades of their own Grand Company.

- Participating in Seal Rock (Seize)
Players can queue to enter alone, or in a party of up to eight players. Although there are no role restrictions when queuing as a party, all party members must be affiliated with the same Grand Company.

To improve matching efficiency, 72 (three teams of 24) or 24 (three teams of eight) combatants may be matched together depending on the number of available participants.

- Role Requirements
When participating in Frontline campaigns, there are no role requirements or restrictions for parties. Moreover, players can freely change jobs or classes at their Grand Company's landing.
* As with the three main cities, the recast time of skills will not be reset when changing classes or jobs.

- Actions
The effects of certain non-PvP player actions have been restricted in Frontline campaigns.

- Starting Points
The landing point for each team will be randomly assigned from one of three locations.

- Rules of Engagement
During a Frontline seize campaign, players aid their company by retrieving data from Allagan tomeliths and defeating players from opposing teams. The first team to accumulate the required amount of data will be declared the winner, and the remaining teams will be ranked according to their respective ratings.

- Allagan Tomeliths
Seal Rock island is home to ancient relics known as Allagan tomeliths, structures containing data coveted by the three Grand Companies. Players must locate and occupy tomeliths to activate them and extract their data.

- Occupying Allagan Tomeliths
Active Allagan tomeliths will be either “Unoccupied” or “Occupied” depending on whether or not a Grand Company has occupied them. If a player occupies an unoccupied tomelith, its status will change from Unoccupied to Occupied. If the tomelith is already occupied by an opposing faction, accessing the tomelith will change its status to Unoccupied. Tomeliths are Unoccupied when they change from inactive to active.
* Allagan tomeliths will become temporarily inaccessible when their status changes. 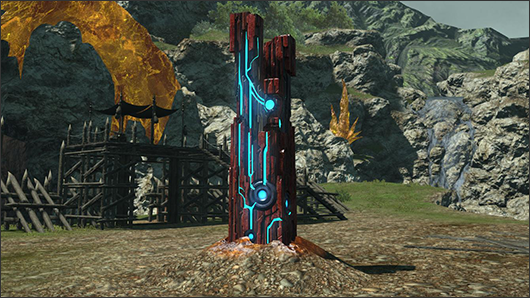 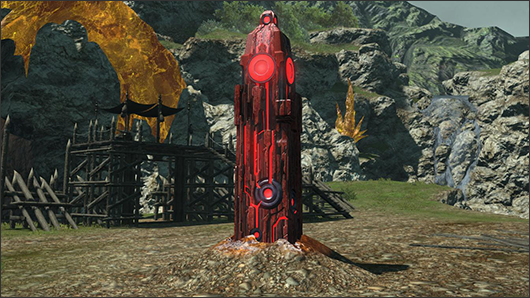 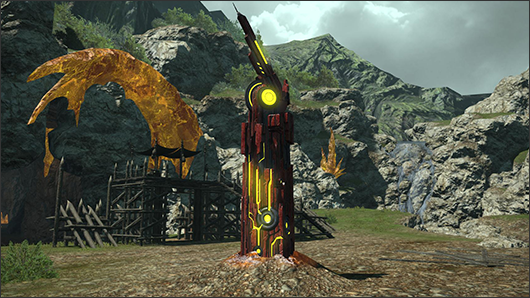 - Engaging Opposing Teams
By defeating players from opposing teams, players can retrieve data while at the same time decreasing the amount of data the opposing team holds.

Combat rank bonuses will affect the rate at which the adrenaline gauge fills.


The following will display on screen when either battle high or battle fever are active:

The following icon will appear next to the name of players under the effect of battle high or battle fever:

- Player Icons
Furthermore, all players engaged in combat, including those experiencing battle high or battle fever will appear on the map and minimap when nearby.

- Retaliation
Incapacitated players will be returned to their Grand Company's landing, where they will be allowed to rejoin combat after a short delay. This will not incur a weakness penalty, but the delay before you can rejoin the battle will lengthen each time you fall.

Furthermore, players will be temporarily invulnerable when leaving their Grand Company's landing during Seal Rock (Seize).


PvPEXP
Accumulating PvP EXP raises PvP rank, and rewards players with action points that can be used to enhance PvP-exclusive actions and traits.


Wolf Marks
Wolf Marks can be exchanged for gear and other useful battle items by speaking with one of the Maelstrom soldiers stationed at the Wolves' Den. 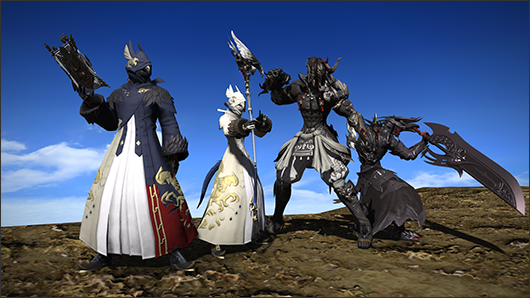 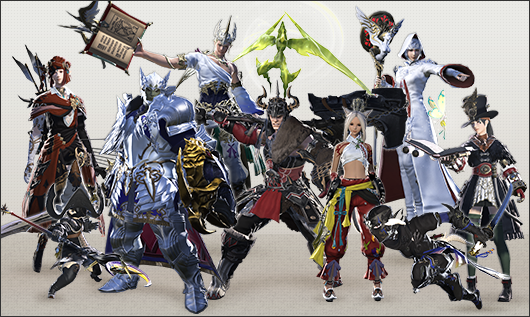 
[3.0] New recipes have been added.
View the new recipes.


[3.0] A new system for Disciples of the Land, Favors, has been introduced.
Favors can be purchased with red gatherers' scrips. Using a favor confers a status that reveals concealed gathering points from which rare items may be harvested. Please note that favors are area specific, and can only be used by the class indicated in the favor's help text.

In order to purchase favors, players must first complete the side quest "Go West, Craftsman," then speak with Tobana in Idyllshire (X:6 Y:4) as a level 60 disciple of the land.

* Concealed gathering points will not appear in place of gathering points less than level 60.
* Favors can be purchased from the Splendor Vendor NPC in Idyllshire (X:6 Y:5).
* Favors will become available after maintenance performed on Thursday the 23rd of July, 2015.


[3.0] Fishing has been adjusted as follows:
Thunderbolt eels can now be caught in any weather.
The chance of catching thunderbolt eels when using the bladed steel jig has been adjusted.
The following items can be purchased in exchange for red gatherers' scrip at Rowena's House of Splendors:
Brute Leech / Giant Crane Fly
The sale price of certain fish has been adjusted
* The above adjustments will take place after maintenance performed on Thursday, July 23, 2015.


[3.0] The effect of perception on improving collectability for Level 60 items as a miner or botanist has been increased.
* The above adjustments will take place after maintenance performed on Thursday, July 23, 2015.


[3.0] The following items can now be purchased in exchange for Allagan tomestones of law:

* The above items are available from Hismena in Idyllshire (X:5 Y:5) 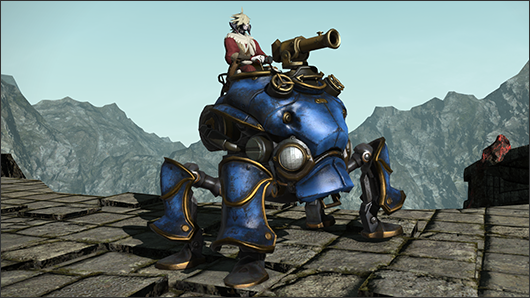 System
[3.0] New achievements have been added.


[2.0] The automatic logout function has been removed.
* This function may be re-enabled in the event of server congestion.


[2.0] Due to inconsistencies in the Mac and Korean version of the game, the following quests cannot be accepted:
He’s Got a Ticket to Ride
Meet, Greet, and Deceit
Lend Me Your Ears Already

Since these quests cannot currently be completed, players who are currently undertaking them may cancel them through the journal or simply wait for these issues to be resolved and the quests reinstated.

Wawee (Zodiark) has been formed.

NomNom (Zodiark) has been formed.

League_of_Fortune (Garuda) has been formed.

Coeurl's Whisker (Omega) has been formed.