Patch 3.21 will bring a number of additions and refinements to Eorzea, including the introduction of the Feast and adjustments to Alexander: Gordias (Savage).

Playable Content
Quests
[3.0] A new side story quest has been added.

Battle System
[3.0] The Feast has been added to the Wolves’ Den. 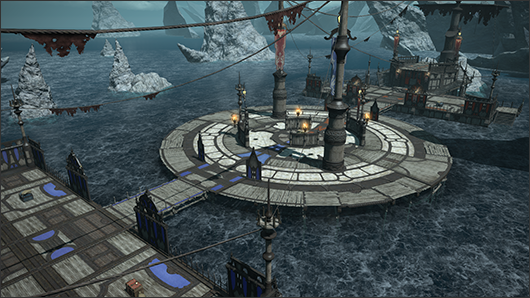 The Lodestone play guide has also been updated with information on the Feast.
View the play guide.
[2.0][3.0] The following actions have been adjusted in PvP areas.

Mechanics within Alexander: Gordias (Savage) have been adjusted as follows:
Alexander - The Cuff of the Father (Savage)
The EP cost of the Magitek Gobwalker G-VII's Heavydoom, Cracklyplume, and Meltyspume has been reduced.
Damage dealt by bombs and the potency of the accompanying Fire Resistance Down debuff has been reduced.

Items
[2.0][3.0] Additional means for obtaining the following items have been implemented.

BadArse and KAwaii! (Lamia) has been formed.

FRIENDSHIP (Zalera) has been formed.

Talladega Knights (Jenova) has been formed.

Altingway (Mateus) has been formed.