It is with great pleasure that we announce that at the recent Fan Festival in Frankfurt, FINAL FANTASY XIV was awarded with two Guinness World Record™ titles: longest end credits in an MMO game and most original pieces of music in a videogame! 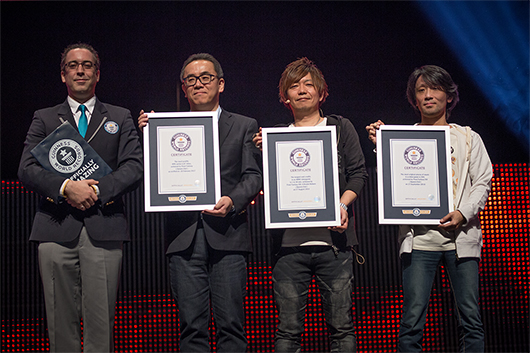 The longest end credits in an MMO videogame

FINAL FANTASY XIV: A Realm Reborn set the Guinness World Record for longest end credits in an MMO videogame with an incredible one-hour and 38 minutes. 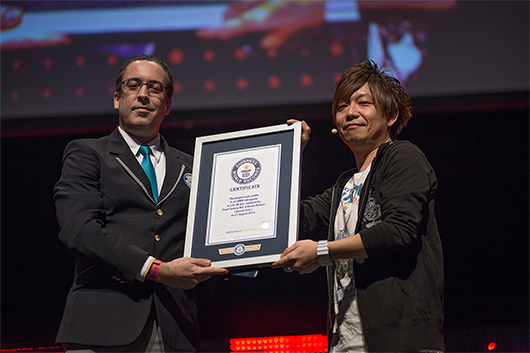 The end credits for FINAL FANTASY XIV: A Realm Reborn included not only the development team, but also a list of 32,335 players as an expression of our thanks for their continued support after the original release of Version 1.0. If you have the time, we highly encourage you to rewatch what we consider our favorite version of the end credits.

From Producer and Director Yoshi-P

There is an underlying meaning behind the end credits of FINAL FANTASY XIV: A Realm Reborn that sets it apart from other games and MMORPGs. We have experienced many hardships working on FFXIV, and without the support of the Meteor Survivors, we wouldn't have had the opportunity to make it this far. I accept this great honor on behalf of you─our players─and look forward to creating more fun and excitement together with you all in Eorzea!

FINAL FANTASY XIV set the Guinness World Record for most original pieces of music in a video game (including expansions) with an astonishing 384 songs.
* This count includes all songs up to patch 3.45, which released on November 1, 2016. 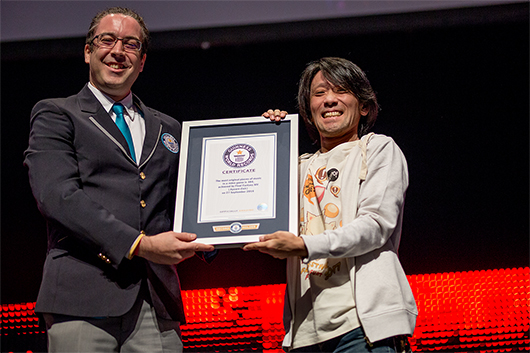 As of patch 3.45, the realm of Eorzea has treated its collective ears to 384 original pieces of music. With every major update, the patch notes have always mentioned that new music has been added. As we continue to create new areas and content in the months and years to come, you can be sure the ever-expanding world of FINAL FANTASY XIV will be filled with music.

I'm incredibly honored by this achievement. If asked how we create music to make FFXIV a more vibrant and lively gaming experience, I would say it's just by coming in every day and working hard. Before I knew it, we'd amassed this huge collection of music. It wouldn't have been possible, though, without the players and their dedication to the game, living it up every day in Eorzea. Thank you all so much. Let's keep it up and set new records in Stormblood!

In addition to the two listed above, the FINAL FANTASY series as a whole has also set a new Guinness World Record.

The most prolific RPG series

The FINAL FANTASY series has set the Guinness World Record for most prolific RPG series. 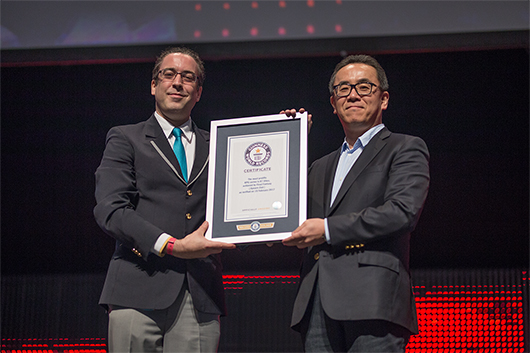 From President and CEO Yosuke Matsuda

Guinness World Records has recognized FINAL FANTASY as the most prolific RPG series, an achievement made possible by you─our fans. I am immensely grateful for your ardent support over all these years. This year marks the 30th anniversary of the FINAL FANTASY series, and we will strive to excite and amaze you with new stories and adventures for many more years to come.

We're extremely grateful to receive this title. As chance would have it, this is also the 30th anniversary of the FINAL FANTASY series, which makes this achievement all the more pleasing. I have no doubt this is all thanks to our countless fans the world over. As we look to the future, we plan to get back to basics, take on new challenges, and strive to create games fans are sure to love. We thank you and look forward to your continued support.

Nia Amiko (Ixion) posted an image to the Mheg Deaca Circlet entry of the Eorzea Database.

Hyperactivity (Kujata) has been formed.