Lord of all waters, revered by the ocean-dwelling Sahagin.
Lurking in the lightless depths, Leviathan devours all that crosses his path. In ages past, seafaring folk believed that tidal waves were a sign of the great serpent's wrath, and they sought to appease him with living sacrifices. 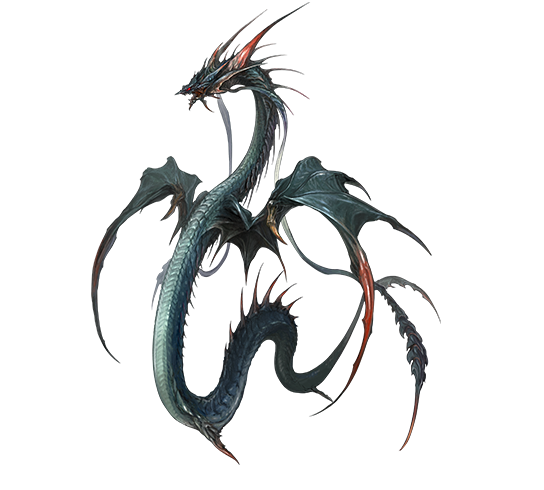 This aquatic race of beastmen reside in a city built at the bottom of the Indigo Deep. Known for attacking ocean-faring ships and dragging sailors screaming into the murky depths, the Sahagin are often the subject of angry and fearful curses on the streets of Limsa Lominsa. Since the advent of the Seventh Umbral Era, these hostile denizens of the sea have taken to seizing territory along the Vylbrand coastline in order to establish new spawning grounds. 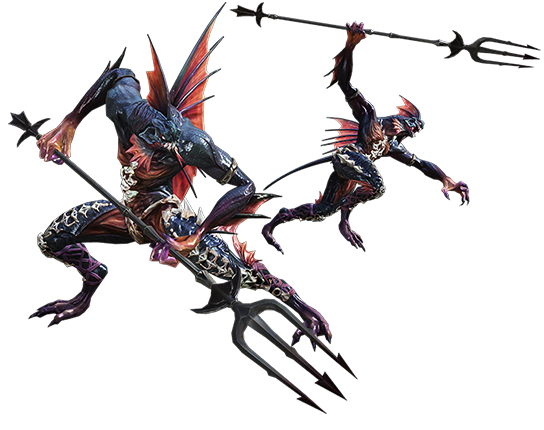