The Steps of Faith

The Steps of Faith 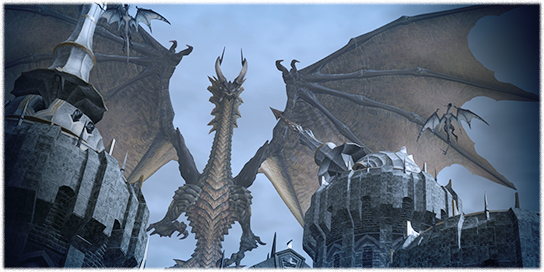 The Steps of Faith─the sole means of approaching the city of Ishgard. As well as providing passage across the Sea of Clouds, this great stone bridge also serves to anchor the series of arcane wards known as Daniffen's Collar.

Long has the Holy See relied upon these barriers to shield the city from Dravanian assault, but it did not foresee the brazen attack that would take place at the Gates of Judgement. The outermost layer of protection has been dispelled, allowing the mighty dragon Vishap to land upon the far end of the Steps of Faith. Leading an army of lesser kin, the massive creature is intent on destroying the exposed foundations of the remaining wards. Take up position alongside the Temple Knights, and defend the structure from the ravaging forces of the Horde!