April Fool Me Once...

Greetings, everyone!
Bayohne here with some surprising news!

It turns out the whole Favour system was a complete fabrication! I know, I know. I wanted it to be real, too. Fans of the system...don't worry! I've set some time aside with the team to discuss my feelings and to beg for it to become a reality. If there are enough burning requests for it, maybe Yoshi-P will...?

For those of you who haven't seen it, be sure to give the "Favour" system plan a read!

The "Viangaa" was born from a mixture of the FFXII Viera and Bangaa races. We thought that the joke ended there, but it seems like one of the character designers took it upon themselves to create this model... 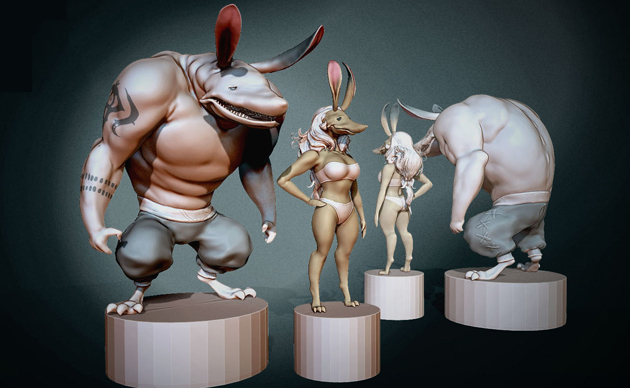 By the way...the new race won't be Viangaa, so make sure you don't get your hopes up, Viangaa fans!

- Bayohne (hasn't given up on the Favour system!)