Another Taste of Eorzea

Greetings, everyone!
Camate here with a blog filled with foodie fun!

During our previous business trip to Tokyo, the community team was able to experience the deliciousness that is the Eorzea Café. Since departing the magical land of Akihabara, the Eorzea Café has leveled up and even more delectable dishes have been added to the menu upon its recent achievement of reaching level 3.

Senor Sabotender has been waiting for us at the entrance of the Eorzea Café to explore the new menu, and he's warmly welcoming us in, so let's head on into the café and see what's cookin', shall we? 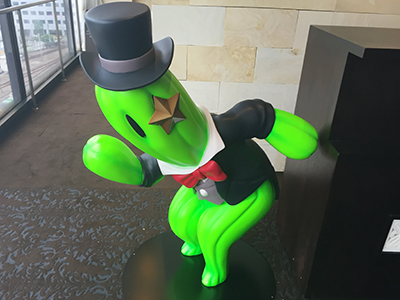 Special for level 3, the new items added to the menu were actually food ideas created by Japanese players! A handful of different dishes and drinks were chosen as winners from the "New Menu Idea Contest" that was held in Japan a short while ago.

With the café being themed after FFXIV it's expected that the dishes follow suit, but wait until you see the marvelous creations that players came up with! They really went all out with the theme. While many players submitted their ideas and concepts for the dishes they dreamed up, others toiled in the kitchen to produce glorious examples of the culinary masterpieces that were in their heads and submitted photos.

Yoshi-P and crew held an event to announce the dishes that would be added to the menu, and they invited all of the players whose food concepts were chosen as winners. 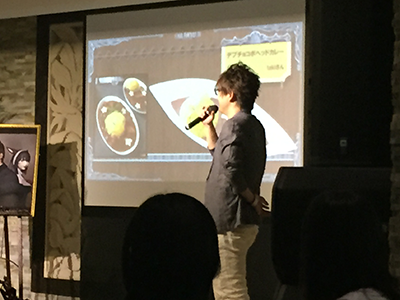 The players were able to taste test all the foods (in addition to receiving their prizes!), and these are two of the many taste test platters that were on site. 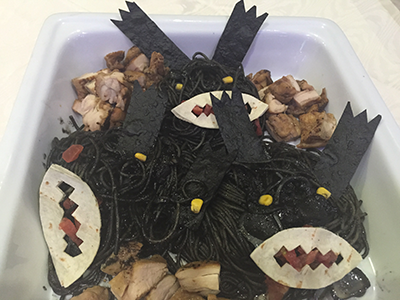 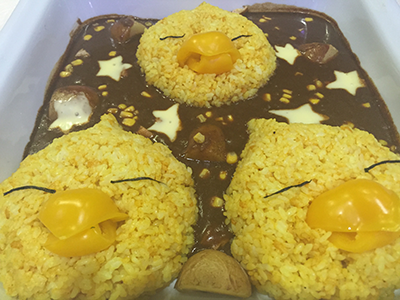 Personally, I can't believe I wasn't invited to taste test, but I'm sure it was on purpose so I wouldn't consume everything in sight with my Atomos-like appetite.

Let's take a closer look at the new menu! 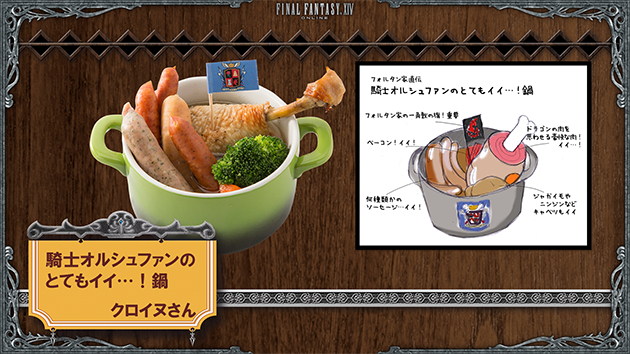 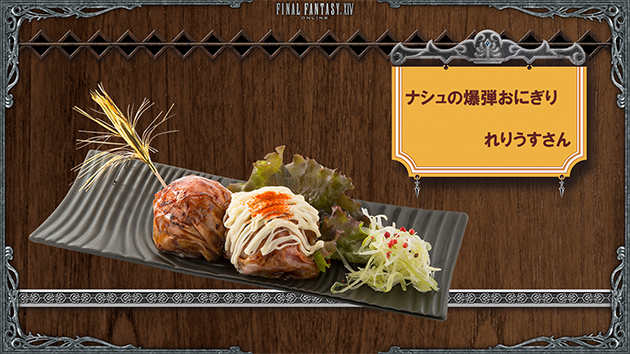 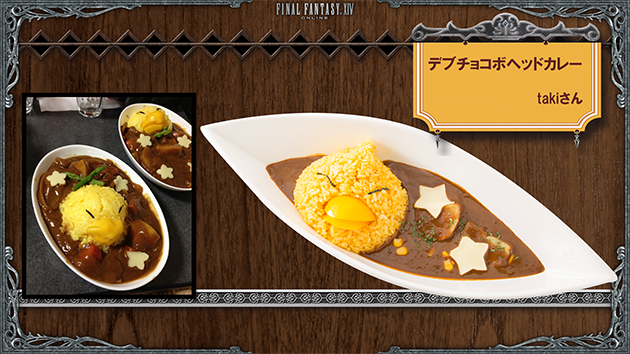 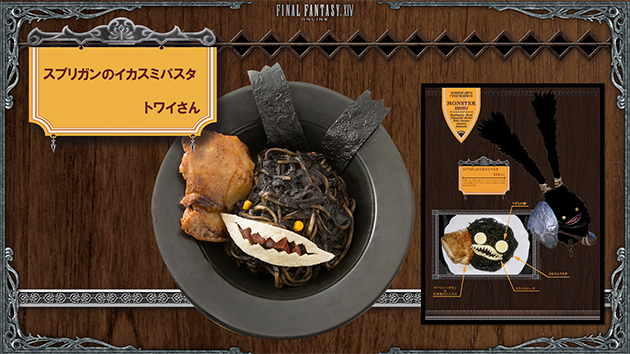 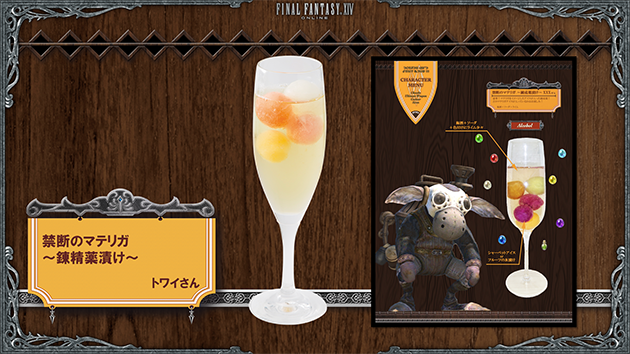 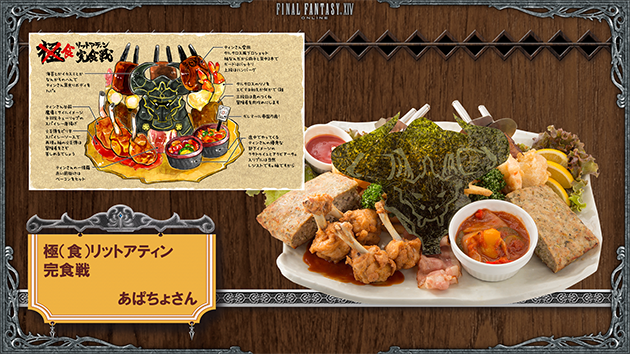 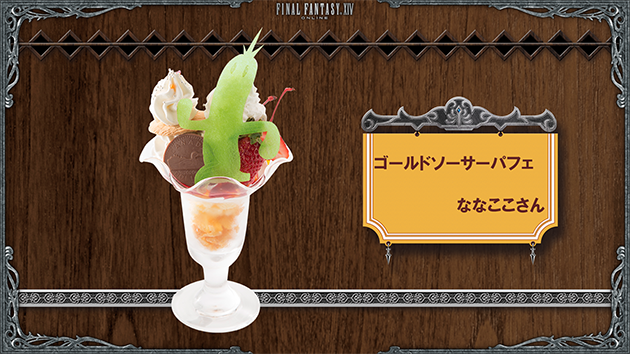 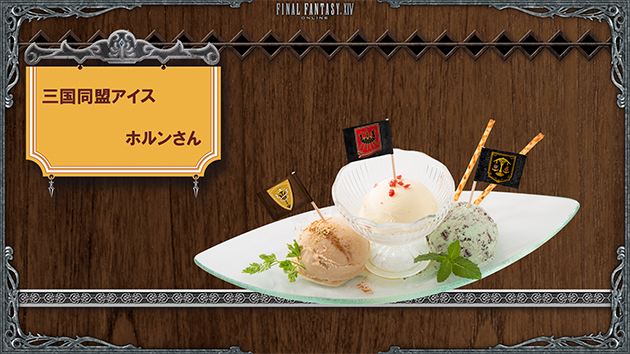 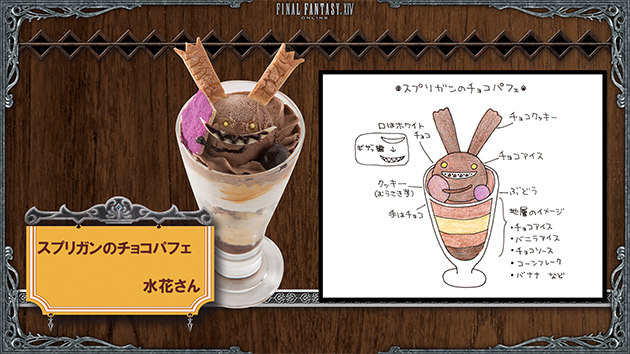 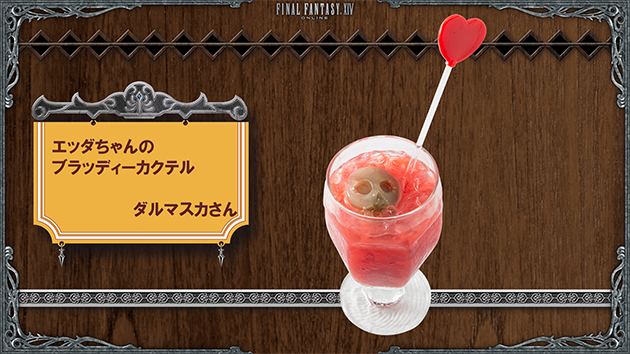 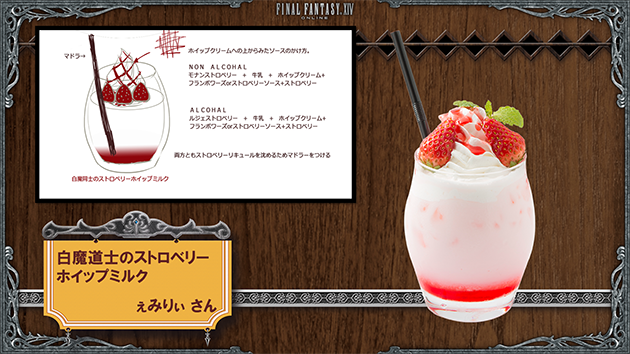 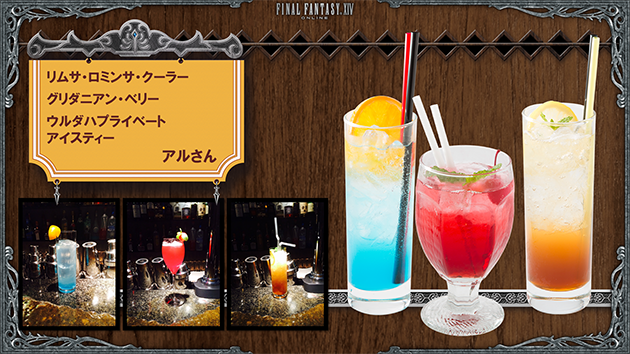 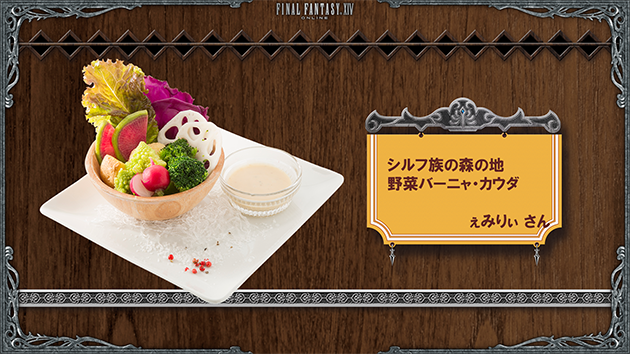 I don't know about you, but that just made me extremely hungry!

All of the new items will be available starting this weekend, so if you're planning a trip to Tokyo, definitely make it a point to stop in and order a dish or two...or three or four!

Now then, it's time for me to run and grab a snack! Hasta la pasta!