A little bird told me that new extreme primal mounts will be soaring into Eorzea in Patch 3.2.

Finally, the dream of riding on a majestic creature of the avian variety is about to come true! (The new mounts are birds, if you haven't picked up on that yet.)

With everyone hard at work finishing up the patch, I didn't want to ruffle any feathers, but I managed to snag a few quick shots of the mounts you can get. 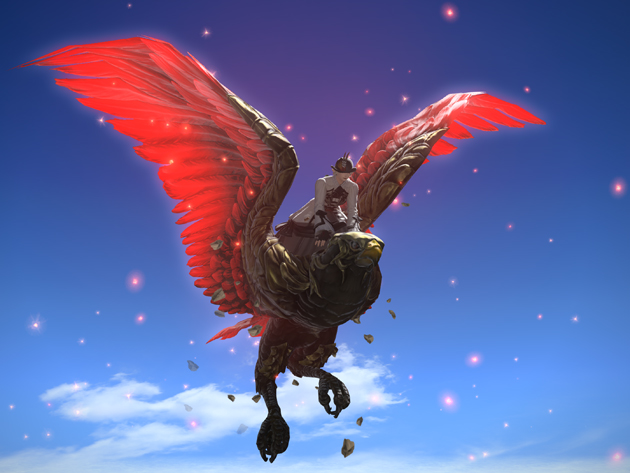 I know there's a ton of new content on the way, but I might just have to spend some time with my old buddy Ravana extreme to get that red hot bird. I also hear there are mounts for Thordan as well as Sephirot!

Just like before with the primal ponies, it will come down to a lotting battle to decide who obtains these new mounts at the end of the trial.

Less than a week remains until Patch 3.2!
Wishing you the best of luck on your rolls. I won't hold back!