With the Fan Festival in Frankfurt taking place last weekend, we have now completed the FFXIV Fan Festival 2016-2017 series! Thank you to everyone that attended, watched the stream, enjoyed the announcements and for plain making this all possible!

During the Fan Festival in Frankfurt keynote, Yoshida revealed samurai, new areas, and other exciting tidbits about Stormblood. In fact, the show began with the full Stormblood trailer! As it began, I'm sure many thought it'd be the same trailer as before, but as soon as the camera pulled out to the world map, you could feel the excitement at the venue (and the reactions from those watching the stream)!

I'm sure you've all heard the singing near the end of the trailer, right? Mocchi, from the SE Japan Community team, swears that hears them shouting "Hildi! Hildi! Hildi!" at the very end... What could it mean!? 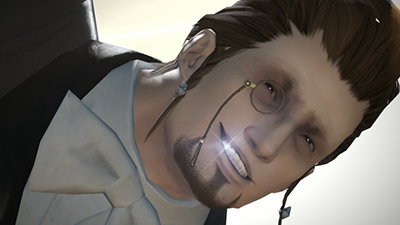 Mocchi couldn't let it go, so he decided to ask lore masters Banri Oda and Michael-Christopher Koji Fox about the actual lyrics. So, here they are! Listen along at about the 3 minute, 57 second mark!

Storm of blood
Born from blood
Of our fallen brothers

Now you can impress your friends by singing along with the trailer!

Also, as part of a new Stormblood fan kit, we released wallpapers that feature samurai and red mage, so please be sure to check it out!