Ice to Meet You Nidhogg

The 69th Sapporo Snow Festival has begun in Japan.

If you missed our previous Letter from the Producer LIVE part XL and XLI, we mentioned that FFXIV will be attending this year's festival, and today we're excited to show you the FFXIV: Arctic Armageddon snow sculpture! 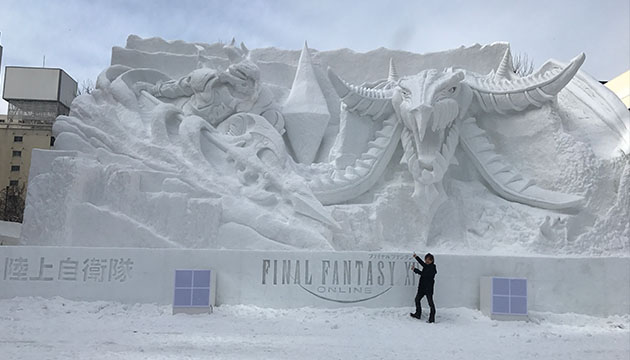 We've been checking out the fixed live camera footage provided by Sapporo Television Broadcasting (STV), and through social media from Warriors of Light in the area, but looking at the real sculpture in person is very different. It's humongous! 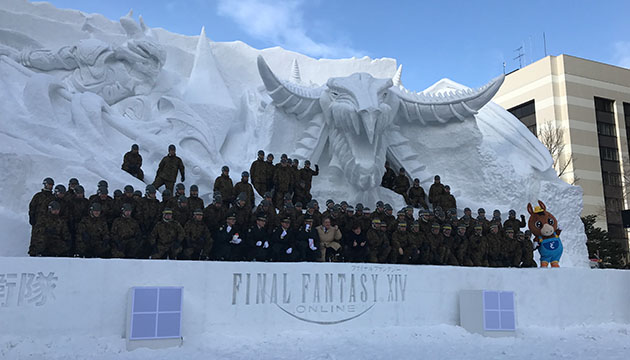 This project was planned by STV, and created by the Japan Ground Self-Defense Force. 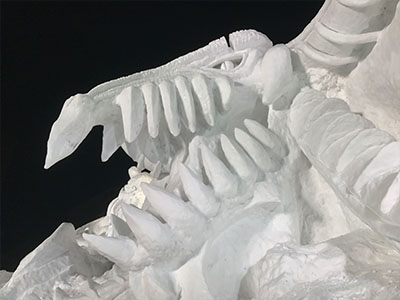 Check out the fine details!

Niddhog's upper jaw was created carefully with lots of trial and error to withstand the weight. The members for the Japan Ground Self-Defense Force were secretly hoping for Nidhogg's jaw to close at some point since the designing stage... Just be sure to teleport me into this mouth before it closes, so I can experience what it feels like to be eaten by Nidhogg knowing that there's snow way out!

They also mentioned that this piece was the hardest they have ever done, but at the same time, because it was hard they felt that it turned out to be a masterpiece. We really want to thank them for reproducing all the fine details! 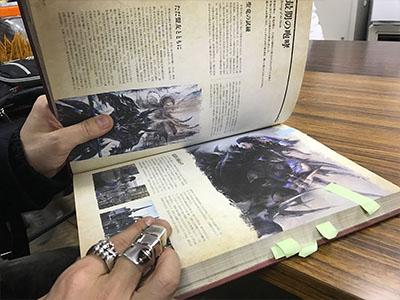 At the break room, we found a lore book with lots of bookmarks on different pages! They mentioned it was for reference, but they were also reading into them as well!

Here's an image of us making the final adjustments to the piece before it became available for public viewing. 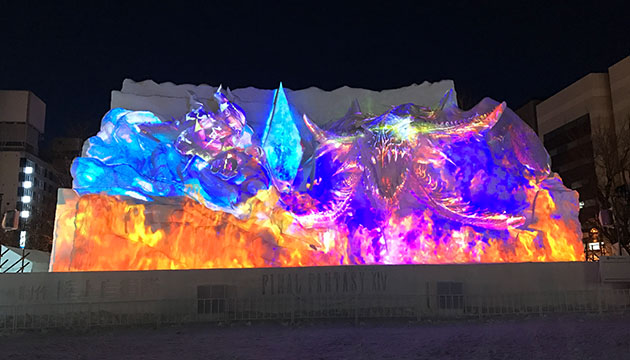 The Sapporo Snow Festival is until Monday, February 12, so if you happen to visit Sapporo, be sure to not miss this special occasion! (Make sure you walk like a penguin when you get there, the frozen roads are slippery!)