The FINAL FANTASY XIV team in Japan recently had a chance to relax a bit during Golden Week, a week towards the end of April and early May where a number of holidays take place in succession, resulting in a chance to get some much needed rest!

But Golden Week wasn't the only festivity–in the midst of the fun-filled holiday week, the team also celebrated the 45th birthday of everyone's favorite Producer/Director: Naoki Yoshida! Happy Birthday!

Let's peek at what Yoshi-P got for his birthday, shall we? 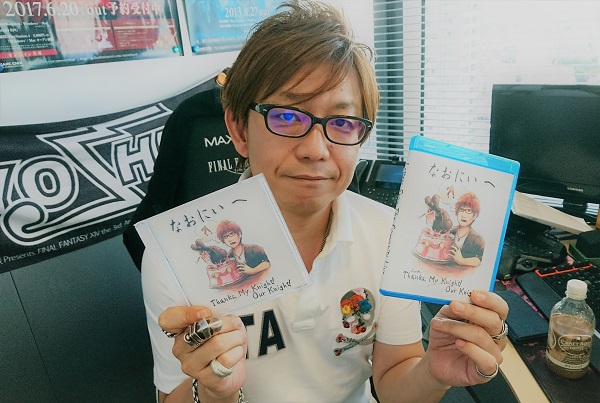 What could these cards be? The resemblance is uncanny! 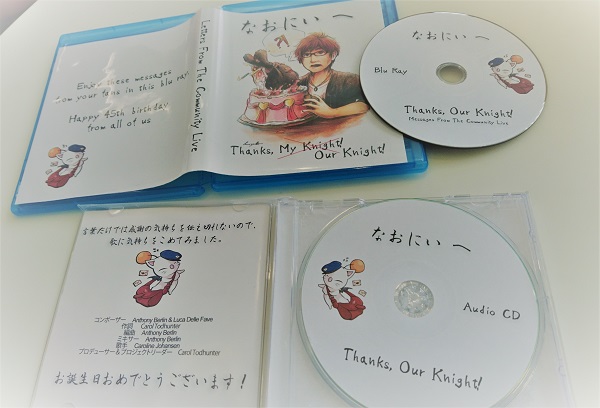 These cards were actually discs, the product of a large community project where players put together a birthday movie and song in celebration of all things Yoshida. It was full of heartfelt love for both Yoshida and the FINAL FANTASY XIV team, which was touching on so many levels. 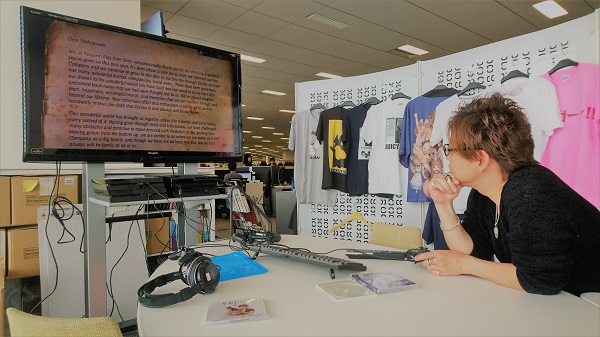 While watching the movie, Yoshida also listened to the celebration CD. 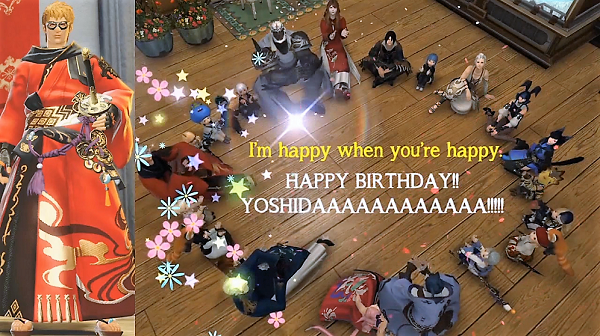 The movie was about two hours long, but Yoshi-P took the time to take it all in. It was filled to the brim with so many birthday wishes and messages of thanks and encouragement. It was so very thoughtful and kind.

We've received a thank you note from Yoshida himself, so allow me to share his words with you all!

Thank you all very much for all the heartfelt gifts! Not only have I watched the entire Blu-ray, but I have read many of the warm messages on Twitter and other sites.

I wish I could reply to each and every one of your messages, but I believe the best gift I could give back would be to deliver fun patches and game to you all.

With all your heart-warming messages and video in my heart, I will continue to dash forward with full force through this 45th year of my life!

Other than the gifts we featured above, Yoshi-P also received countless birthday wishes across social media and the Official Forums as well, all of which were very much appreciated.

We'd like to thank the Warriors of Light for being so enthusiastic and kind.

We promise to take that amazing celebratory energy and channel it into the development and support of FFXIV as we head into Patch 4.3!