Greetings, everyone!
Bayohne here with an event report for you all!

Last week, the latest edition of our live FATE event series took place in Sapporo, Japan! I'm sure many of you are interested to hear about what happened at the show, so allow me to share the juicy details.

First up was the Battle Challenge area:
Full parties of eight took on a special event version of the Minstrel's Ballad: Ultima's Bane battle. 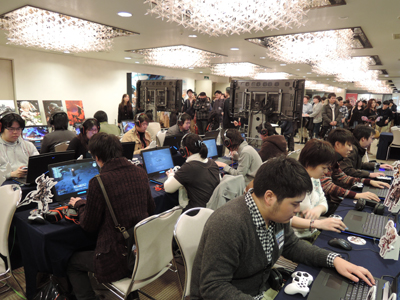 We also had an area set up for attendees to play THEATRHYTHM FINAL FANTASY: Curtain Call on the Nintendo 3DS! 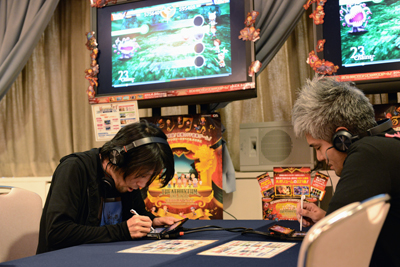 (Actually, these two should probably have been busier working the event... We should have a talk with them.)

Of course, we hosted the Letter from the Producer LIVE Part XIII! 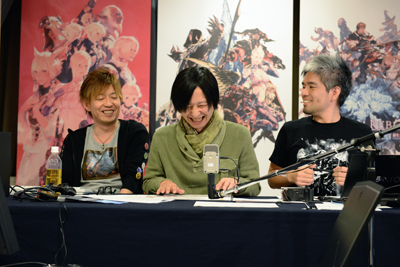 This time we were joined by Main Scenario writer/Event Manager Kazutoyo Maehiro!

He brought with him a special video, which you should check out on our previous blog post if you haven't seen it yet!

Project Manager M sent over a photo she took of the attendees, too! The team sends their heartfelt thanks to everyone who braved the snow, a real-life Coerthas if you will, and came to the show! 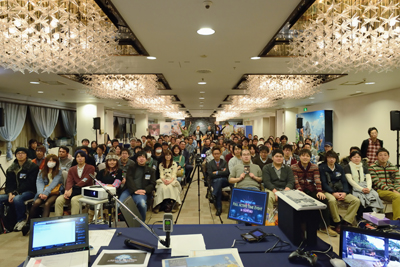 The event also featured a fan message wall where the attendees could write messages for the development team! 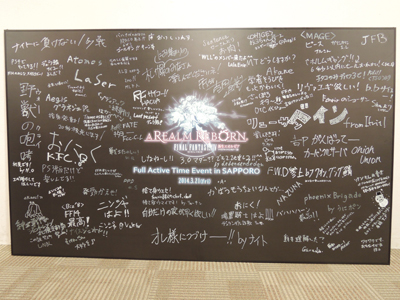 That about wraps it up for the Sapporo event, but there's one more thing I wanted to mention.

You see, the FFXIV A Realm Reborn soundtrack is starting to ship out to excited adventurers around the world. Are you excited?

From what I'm hearing...It seems that the soundtrack includes something else, something hidden away inside the data. We've gotten word that it's locked and no one has figured out how to unlock it, but perhaps...perhaps using the name of the one from the 'bridge' would be the key to opening it? Hmm...I wonder!