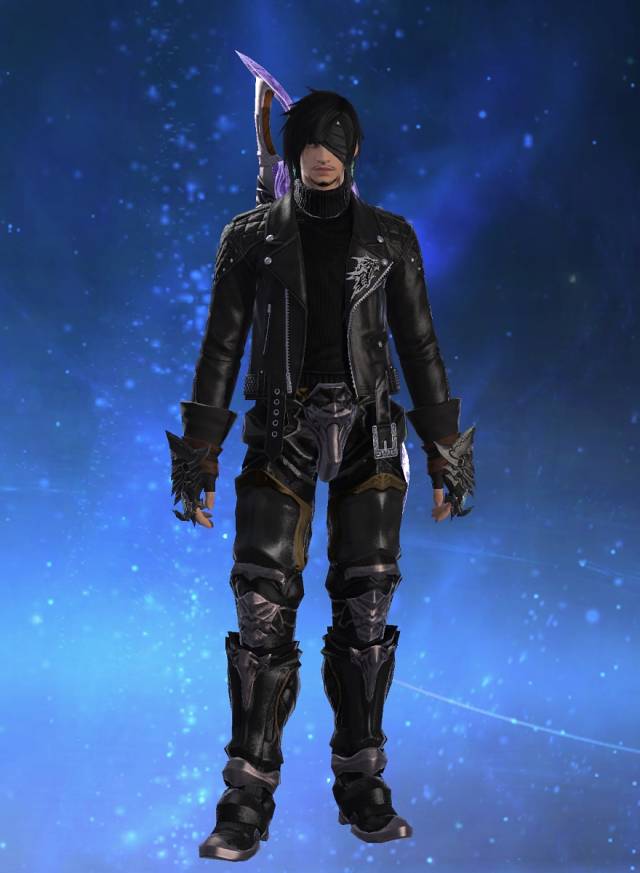 Item Level 290
Defense
Magic Defense
1
1
Disciples of War or Magic
Lv. 1
Increases EXP earned by 30% when level 70 and below. Attributes and item level vary according to class/job and current level when equipped.

"Born to a Garlean father and a Hyur mother, Xaeik Eyeless left Garlemald to pursue the life of an adventurer, eventually landing on Eorzea's shores. Beginning his adventure as a Paladin, he was mentored by a shadowy group of nameless individuals serving under the Elder Primal Odin. His prowess and determination unmatched, he would eventually walk the path of the Warrior instead before founding the free company, Axium. Later, he would learn the ways of the Dark Knight, and finally, Gunbreaker. A real-estate magnate, mercantile mastermind, and a storied guildmaster, he continues to build Eorzea's most mysterious of enterprises.. but to what end? Time will certainly tell."