Codex of the Round 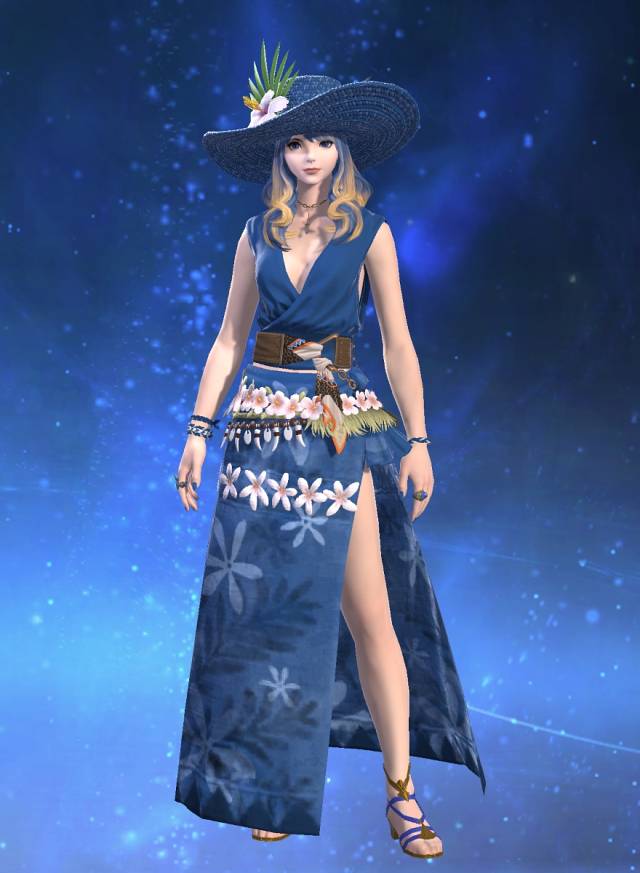 Soul of the Scholar

Item Level 30
ACN SMN SCH
Lv. 30
Upon the surface of this multi-aspected crystal are carved the myriad deeds of scholars from eras past.

Reika of the Azure Dawn, of House Fujishima, First of Her Name, Liberator of the Crimson Blades, Victor of Falling Stars, Weather of Raging Seas, Mother of Azure, Infinitum Master, and The Unsundered.

Hailing from Fuji Clan, a lost house of Hingashi, Reika was raised by Soujiro and Chihiro Fujishima, the Hingan Lady and Lord. Fuji Shima, was a small isle of blue wisteria trees that the clan prospered on, making trade with local Hingan merchants and proprietors. Fuji Clan's house auspice was none other than Seitei, a blue and gold dragon, and the crest of the clan carries similar colors.

After the fall of Fuji Shima and its clan during a mysterious incident that destroyed the island, Reika woke on the shore of the Hingashi mainland and was given shelter and raised to adulthood by local merchant houses who held Fuji Clan in great respect, and remorse for its loss.

It was then that Reika met a dear friend, a follower of Oschon The Wanderer, who set out on a pilgrimage to far away Eorzea. Then the calamity happened, and Reika had an urgent sense to leave Hingashi and find her friend.

What transpired from there, lead Reika on an unforgettable journey as a decade passed, and saw her rise through uncountable trials, liberating a corrupted and fallen faction and rebuilding into one of the greatest and most illustrious companies known to the realm, Azure Infinitum.

Azure Infinitum became a large, but warm family of comrades, proud and true, with nearly infinite potential, who fly together, "As Free As The Azure Sky!" For years, Azure Infinitum has blazed many trails, manifested never before seen feats, and grew through many milestones and successes.

Destiny however, also lead Reika and Azure Infinitum through a tumultuous path of betrayal, enemy crusades, insurrection, and plots not unlike great novels- yet these were very real.

It has not been unlike her to use pain to miraculously fortify her insurmountable willpower and courage, and hundreds of Azure souls burn brightly with her in indomitable will and support, many who have faced great trials together and use the Infinitum's Will as their torch, illuminating all shadows.

A controversial mystery known only as The Sundering or by other names, The Siege of Mist, The Heart of Darkness, Summer's Tear, and other names, prompted a massive restoration campaign known as Resurgens Caeruleum, or, The Azure Rising Project. This great undertaking fueled intensively by loss of Azure's Sundered, had seen a fervor like no other brighten the Azure Sky like never before, and together, Reika and the Unsundered, and all her people, forged a brilliant new era.

Today, Reika continues her rule and majesty as Infinitum Master, directing the company, fostering its community alongside the Azure Council, her dear friends, and her love, Auri Hraesvelgr, creating harmony and success among Azure's members of all ranks, and all who bear its name and crest.

Mirewood Company (Mateus) has been formed.

School Girl PVPers has been formed.

Vertex. (Garuda) has been formed.