A Taste of Eorzea

Greetings, everyone!
Bayohne here today with a delicious update to share with you!

You may have seen mention of it in the recent Letter from the Producer LIVE, but a special FFXIV-themed restaurant will be opening soon in Akihabara, Tokyo called "Eorzea Café"!

I tried to book a flight to the grand opening, but was unable to get one in time. Thankfully Project Manager M was happy to snag a few photos for me to share!

The Eorzea Café is located on the 2nd floor of the Pasela Resorts building in Akihabara. 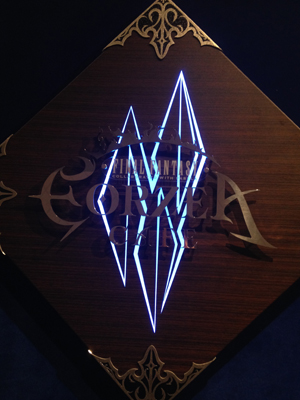 The Eorzea Café was modeled after the Carline Canopy in Gridania! 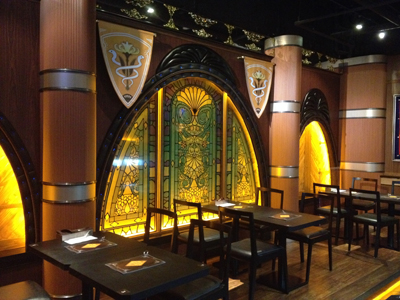 There are even a few PCs set up for those adventurers that just can't miss any of their raids while enjoying the café! 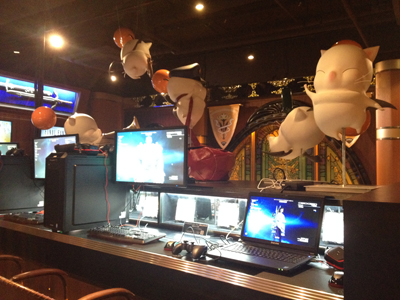 One of the big draws is the unique Eorzean-inspired food and drinks that they offer. I told M to try as many as she could for me and report back! 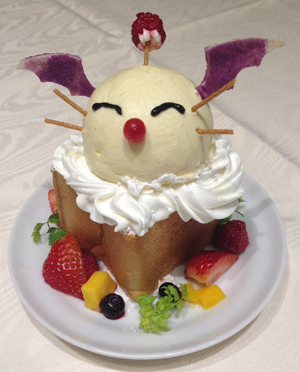 Lord of Crags, Titan - Earthen Fury Burger
Featuring potato-egi! And that bacon sure looks like a landslide doesn't it? 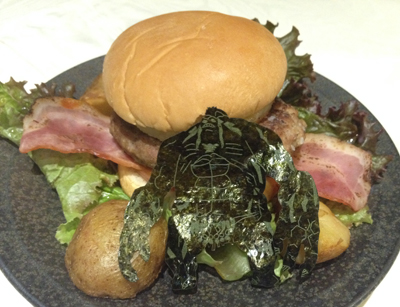 Lord of Whorl, Leviathan - Tidal Wave Noodles
M says that it's got an interesting look to it, but that it's quite tasty! 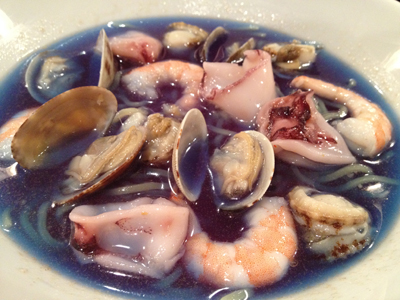 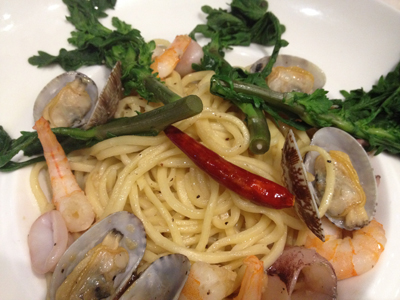 Every order comes with a coaster - I'm sure there will be a lot of people trying to collect them all! 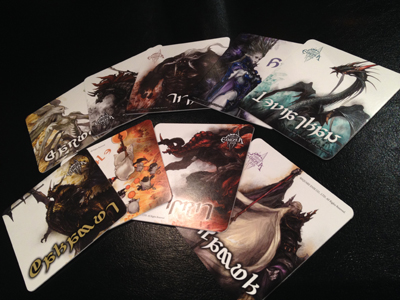 Check out the snazzy Staff uniforms, too. I wonder if M can get me a Titan-sized version? 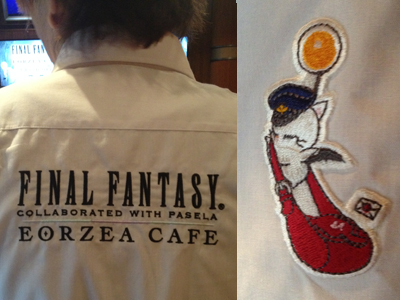 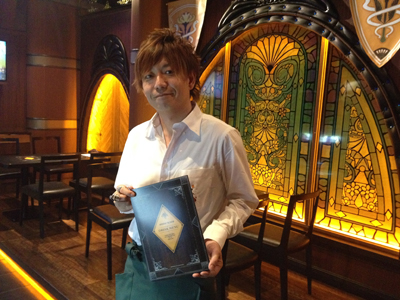 If you're ever in Akihabara, make sure to check it out and report back!

- Bayohne (needs to book a flight)