Miqo'te
Keeper of the Moon / ♀ 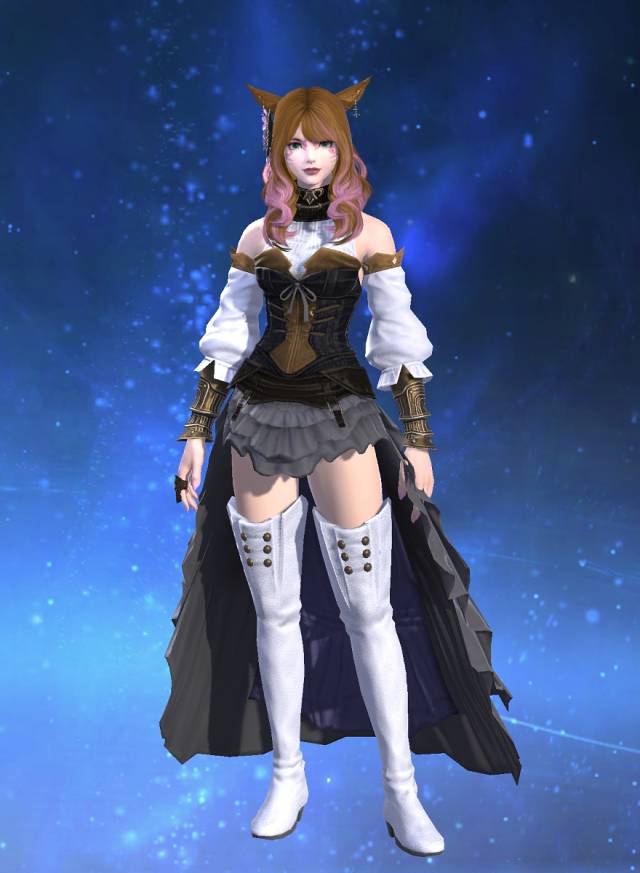 Item Level 290
Defense
Magic Defense
0
0
Disciples of War or Magic
Lv. 1
Increases EXP earned by 30% when level 70 and below. Attributes and item level vary according to class/job and current level when equipped.

Soul of the Dragoon

Item Level 30
LNC DRG
Lv. 30
Upon the surface of this multi-aspected crystal are carved the myriad deeds of dragoons from eras past.

Cleopatra was born as a chiefs daughter in a Miqo'te tribe in Gridania. Her mother was and still is the chief off their tribe and Cleopatra is the heir and is supposed to become chief one day. But however, some of her tribe mates think that she only will bring bad luck, because she was born during a sun eclipse and her father is unknown. Some rumors even said that Cleopatras father was a hyur. But her mother named her Cleopatra, because it stands for 'Her fathers honour.' Cleopatra had few friends, but she felt that she was never accepted by the whole tribe. When she became older, she journeyed to Ul'dah to become stronger in some way and even try to find out who her father is.

Lazy of the Dragoon (Ixion) has been formed.

Chiroptera (Coeurl) has been formed.

They want to kill us (Goblin) has been formed.