Complete the quest below to unlock the blue mage limited job.

Out of the Blue 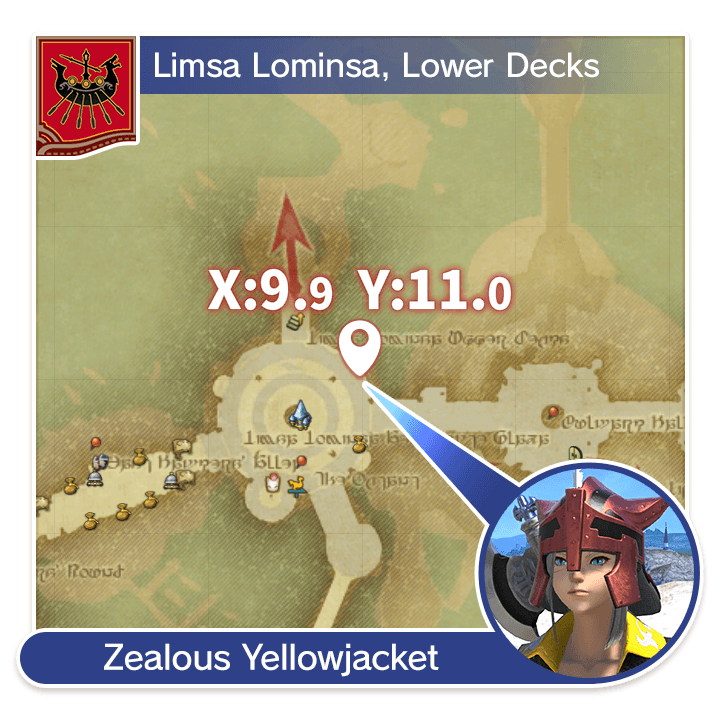 Blue mage is known as a limited job. There are several key points that distinguish it from other jobs. 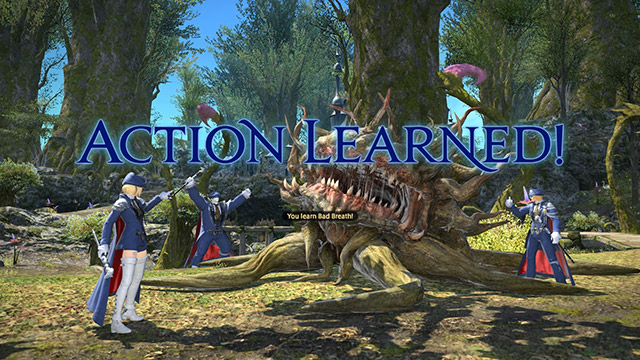 Rather than gaining new actions by increasing in level, blue mages learn them from enemies. In order to do so, you must first witness an enemy perform a special attack in battle. Once it is defeated, you have a chance of acquiring the ability.

* Job level has no influence on when an action can be learned. 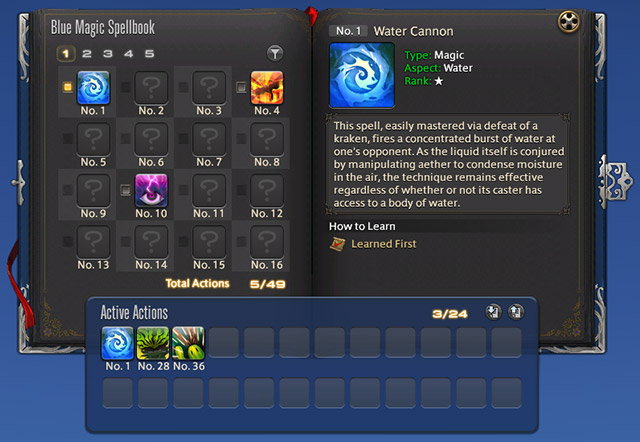 All spells you have learned are recorded in the Blue Magic Spellbook. The book also contains hints on how to acquire other spells.

Before spells can be set to your hotbar, they must first be selected as active actions. You can have up to 24 active actions at any given time.
* Active actions cannot be changed during combat or during certain duties.

Active actions can also be saved together as a set. Up to five active sets can be saved.
* The presently selected active set will not affect the layout of your hotbar.

Certain blue magic spells can be acquired via Whalaqee Totems.

To obtain these items, complete the blue mage quest "Blue Leading the Blue" and certain achievements, then speak to Wayward Gaheel Ja in Ul'dah - Steps of Thal (X:12.5 Y:12.9). 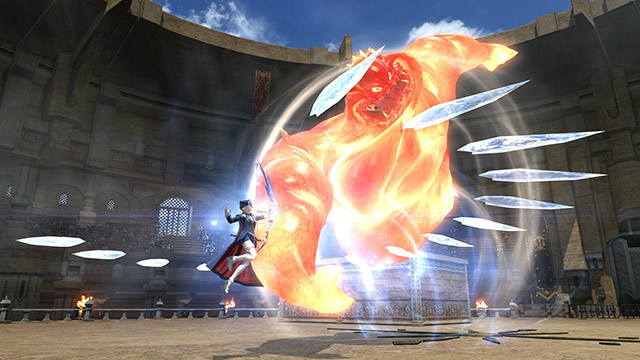 The Masked Carnivale gives blue mages a chance to test their skills against a range of opponents. 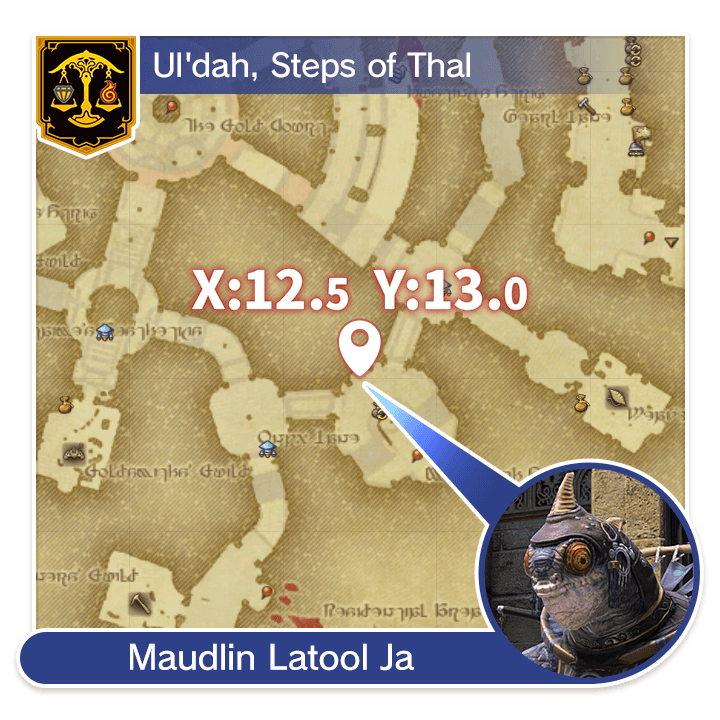 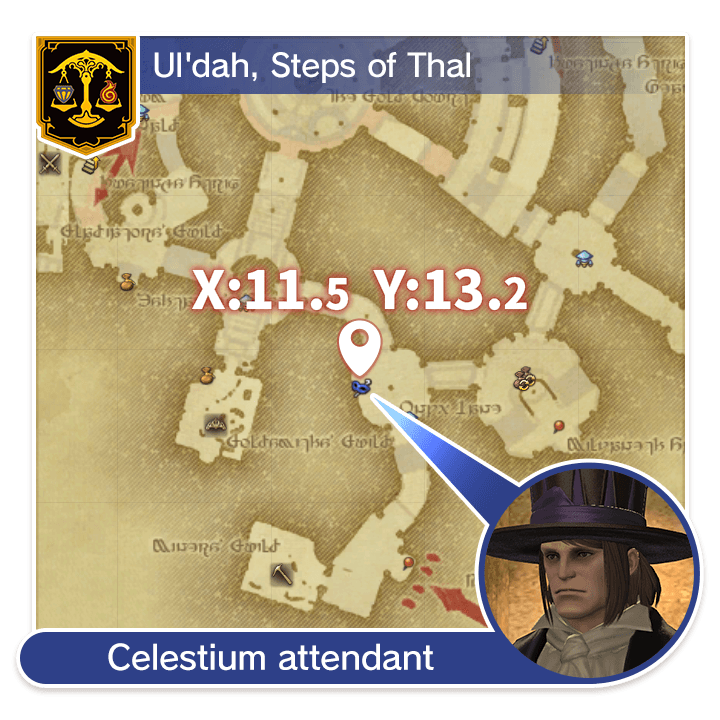 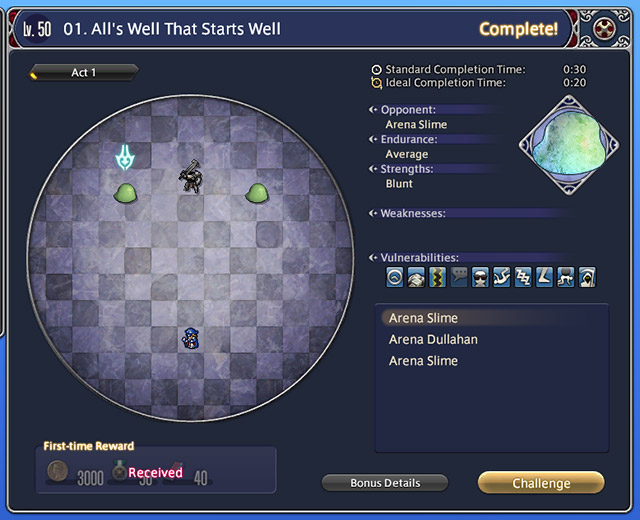 The Masked Carnivale is comprised of 30 stages in total. You can view a list of all available stages by speaking with the Celestium attendant. Be advised that once you begin a stage, you cannot register or remove active actions.

Many enemies that appear in the Masked Carnivale are weak to a particular element, which can be confirmed when viewing the list of stages. Use this to your advantage and set your actions accordingly.

The elemental weakness of enemies is also indicated by an icon above their display names. 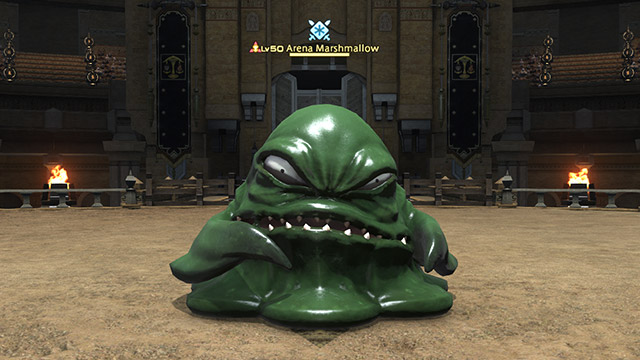 After completing a performance, your clear time, bonuses, and score are displayed.

Bonuses are awarded for fulfilling certain conditions and affect the score.

Weekly targets are available for certain performances, indicated with an icon.

There are three levels of difficulty for weekly targets: novice, moderate, and advanced.

To view the conditions, select a performance with a weekly target, marked with an icon. This information can also be viewed in the Timers menu.
* The additional rewards for a weekly target can only be earned once per week.
* Weekly targets are reset every Tuesday at 12:00 a.m. (PST). 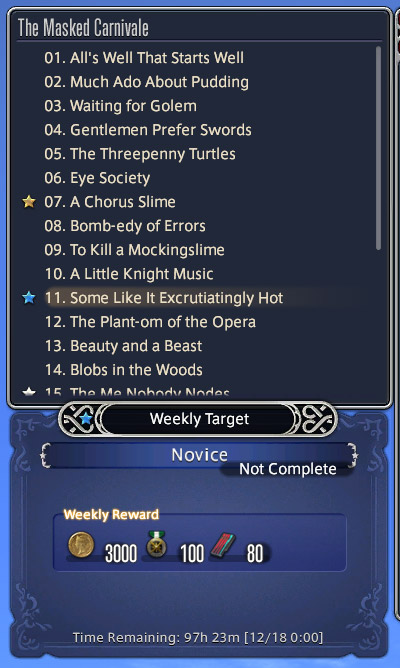 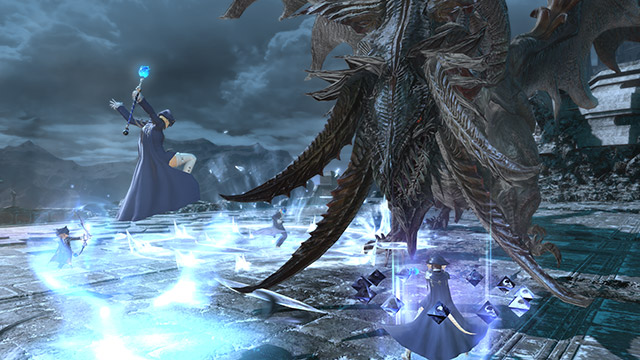 The blue mage log allows you to form parties with other blue mages and participate in specific duties. 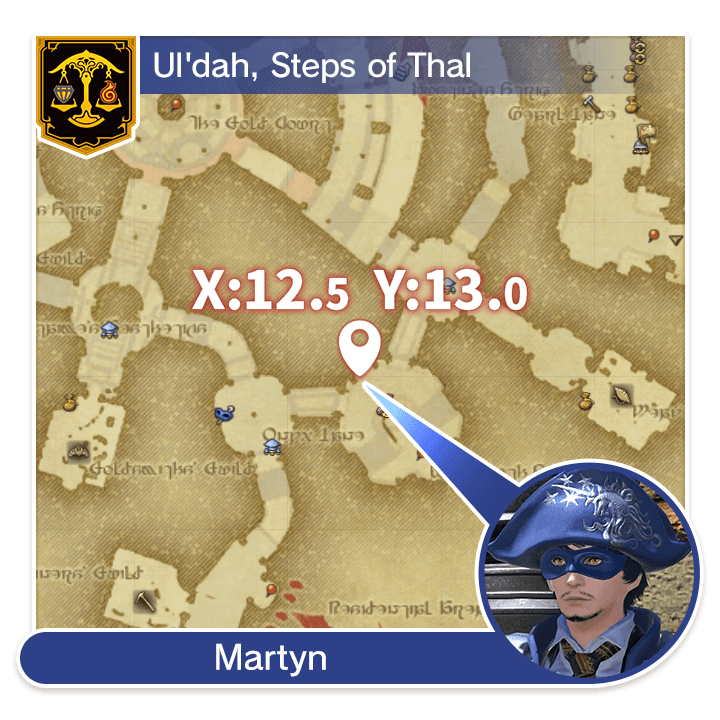 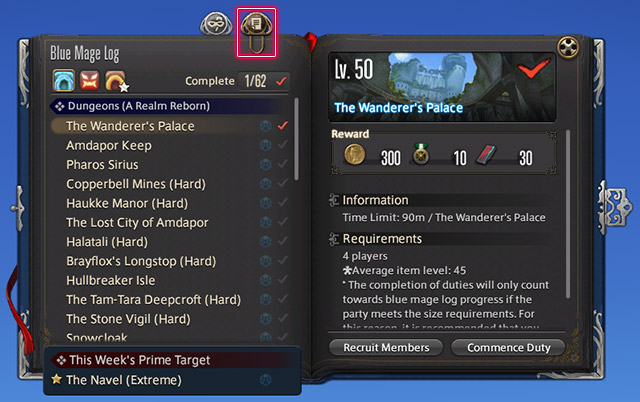 From the log, you may view a list of available duties, recruit party members, and commence duties. Please note that the completion of duties will only count towards blue mage log progress if the party meets the size requirements. For this reason, it is recommended that you avoid using the "Undersized Party" option.

Successfully completing duties listed in the blue mage log will mark them as complete, provided that you fulfill the requirements.

Various rewards will be granted upon completion of these duties. Greater rewards are earned the first time a duty is completed via the blue mage log. 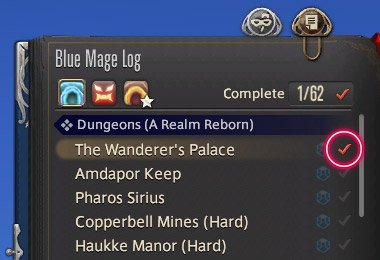 Greater rewards are given for completing duties marked as weekly targets, which are marked with a silver star.
* The additional rewards for a weekly target can only be earned once per week.
* Weekly targets are reset every Tuesday at 12:00 a.m. (PST). 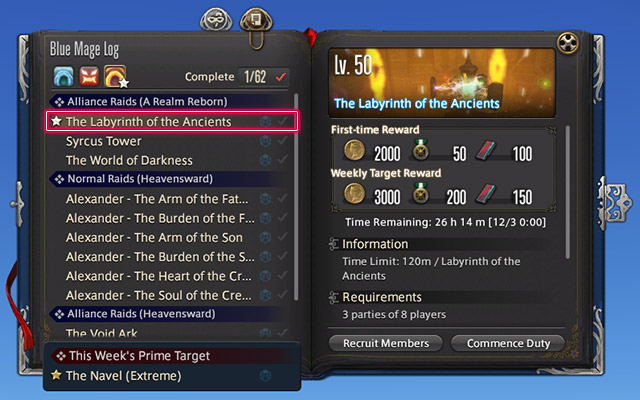 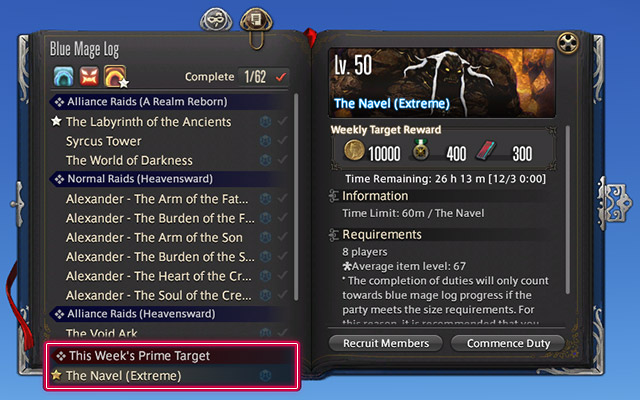